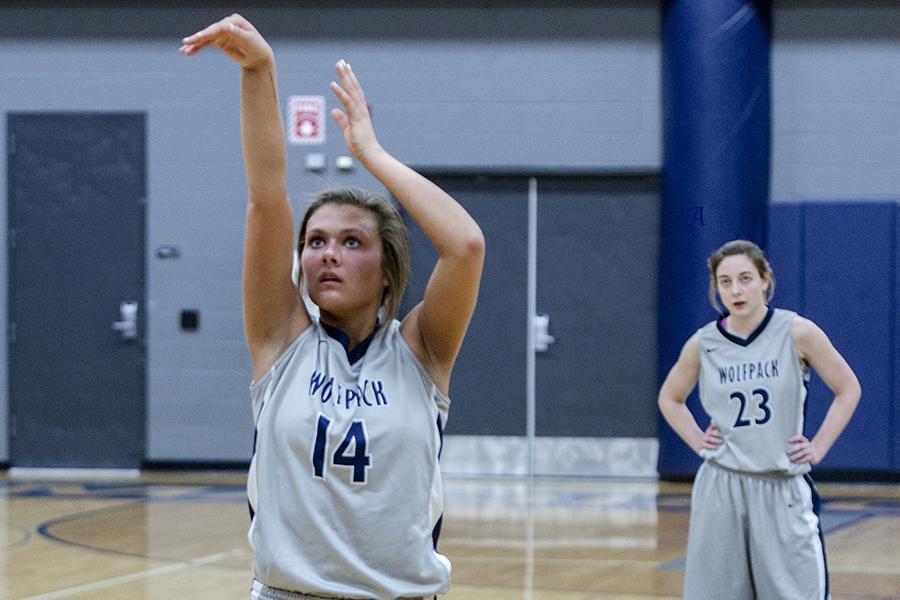 Too good not to play

When Rachel Slaney graduated from Barneveld High School, she had no plans to play collegiate basketball. As a four-time all-conference and three-time all-state player, she heard from plenty interested schools. She just didn’t respond back.

“I was not going to play basketball, and the coach found out I was enrolled here after a week of class,” Slaney recalled.

She said Pelzel set up a meeting with her and told her: “You’re playing basketball. You’re too good not to play.”

Since then, Slaney has been stacking up numbers that show just how much she belongs.

As a freshman, she averaged 15.9 points and 8.3 rebounds a game and helped lead the team to a 27-4 record and an NJCAA Region IV title. Her efforts earned her a spot on the all-conference and all-region teams as well as honorable mention all-American honors.

This year, playing for coach Lois Heeren, Slaney has been absolutely on fire in leading her team to a 17-4 record. She averages 25.2 points a game, 11 rebounds and 3 assists. She has a scored over 1000 points during her WolfPack career.

Slaney is a competitive person, and it shows in all her interests. From being in the gym working on her skills to her free-time activities, she likes to be the best. She attributes this, in part, to growing up in a large family.

Slaney has six siblings and is the second youngest of a competitive group. She recalled how they would often play basketball late into the night, and be dragged into the house by their parents. This led to getting lights on the court installed, which in turn provided more opportunity for playing.

“My siblings are really what push me and make me work for this,” she said, adding that they “share in all the accomplishments.” 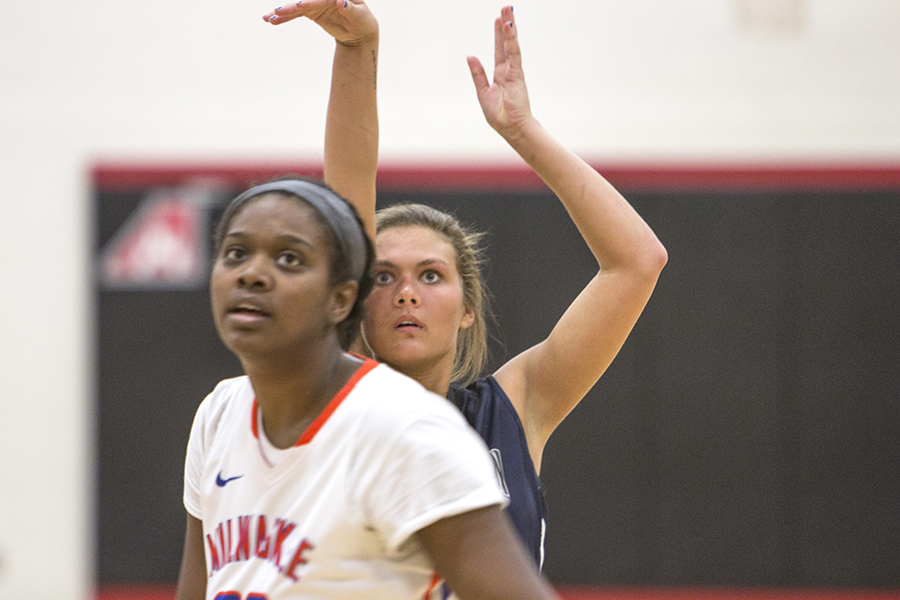 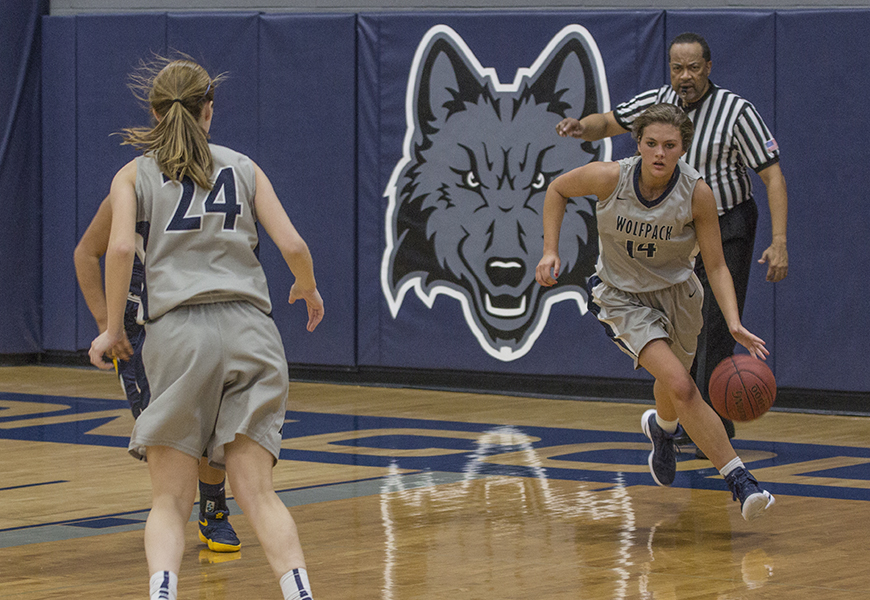 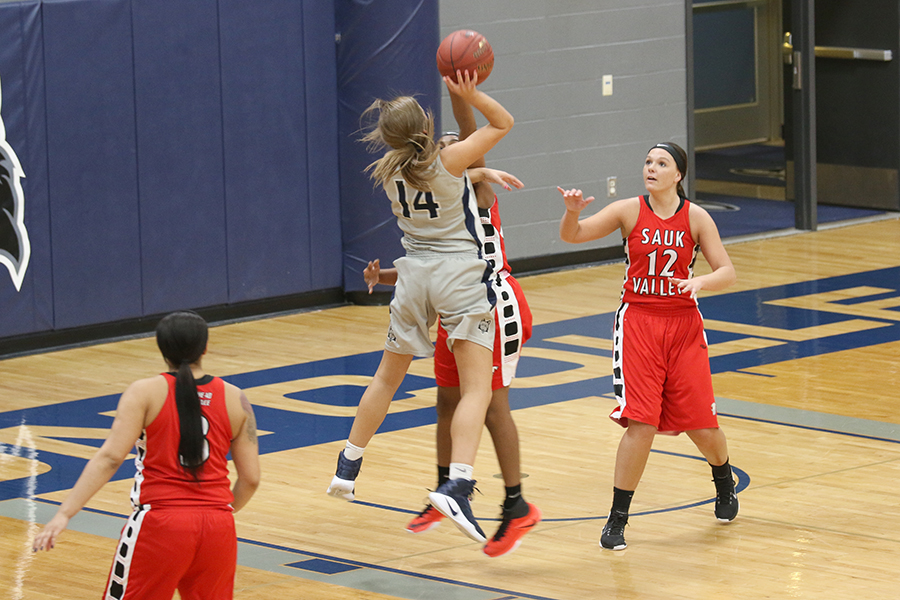 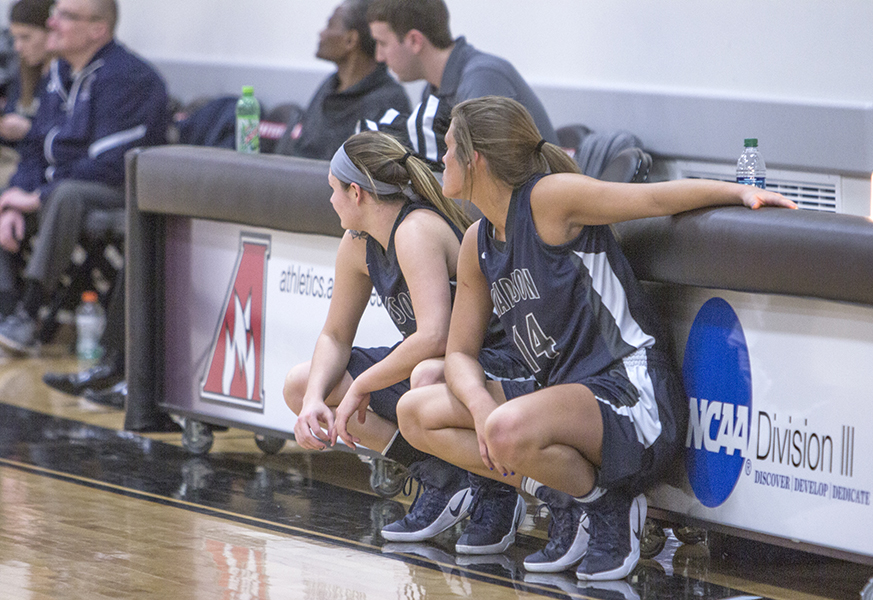 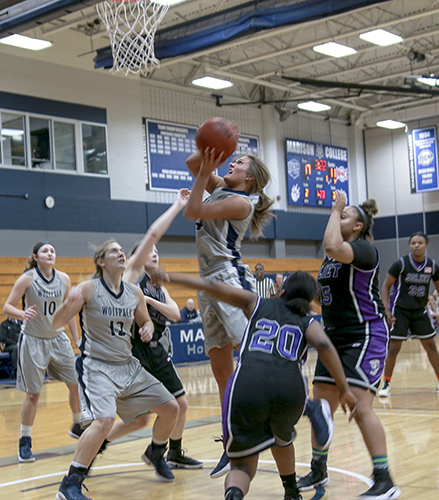 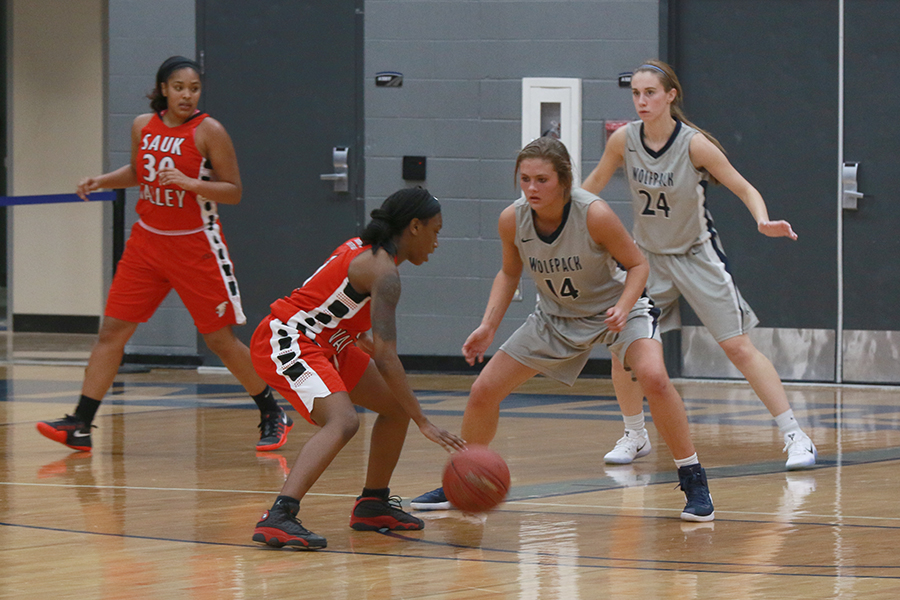 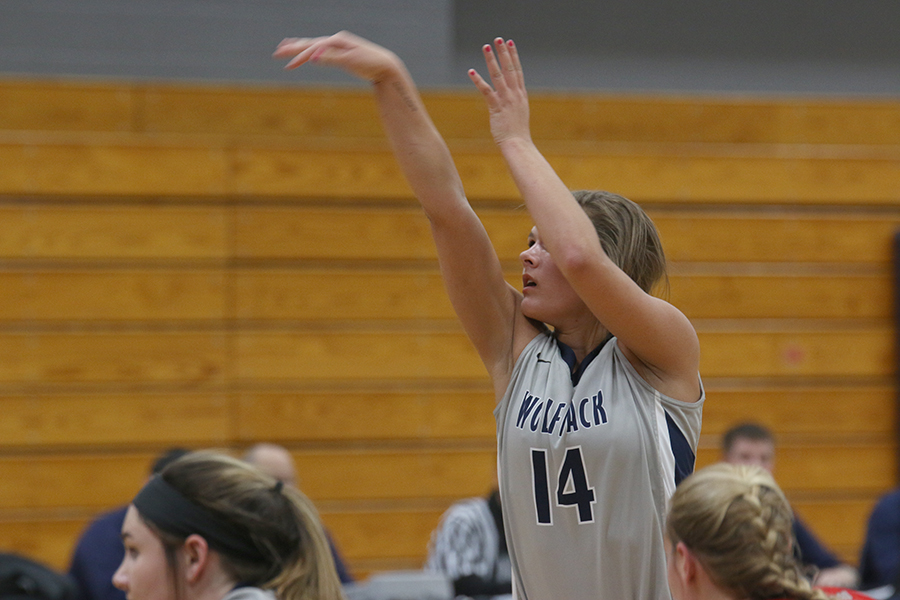 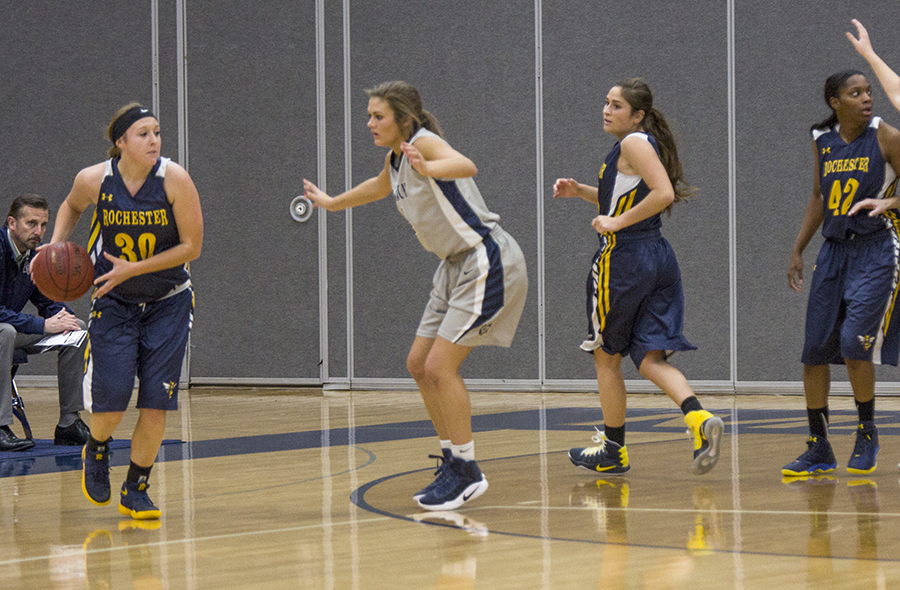 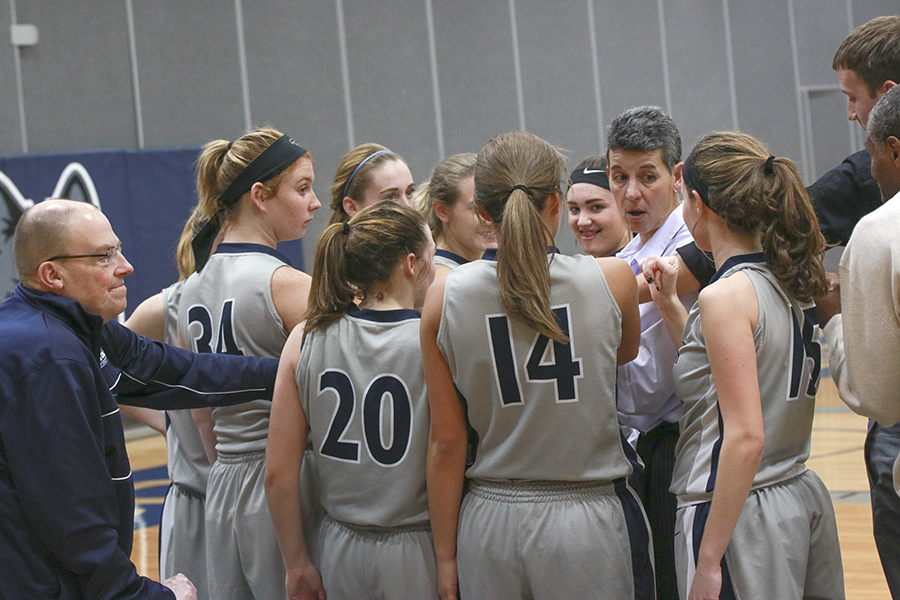 The Madison College women’s basketball team is a relatively close team, having only eight players, which Slaney says she appreciates.

They also play as a team very well, with three different players on the team (including Slaney) being honored as “NJCAAA Division III Player of the Week” at least once. Slaney said the success comes from all the extra work the players have done over the season.

“The success is just part of the reward for all the hard work we have done in the gym,” she said, noting that she would not be in a position to earn individual awards without the help of her teammates. “I don’t see them as individual honors, because I wouldn’t be able to achieve them without my teammates.”

Slaney has learned that the basketball court isn’t the only place she feels at home at Madison College. She feels equally as comfortable in the classroom as well.

“When I came here, I was really nervous because I’m from such a small town. I graduated with like 25 people in my class,” Slaney said.

“So I’m so nervous for school, but I get here and there’s like an average of 25 or 30 people in each class. And at the same time, I was like, oh, this is nice. Kind of like home, but a little bigger.”

Slaney had planned to become a dental hygienist, but now that she has her sights set on playing basketball at a four-year school she m

ay opt to major in psychology.

She is unsure, however, of where she wants to go next year. After fielding offers from both Division 1 and 2 schools, she is enjoying the recruiting process.

“It’s nice to get to be a little picky, and go with what fits,” she said. “I’m kind of just keeping my options open right now, going to finish this school year and season out strong and see where that takes me.”

The Clarion • Copyright 2023 • FLEX WordPress Theme by SNO • Log in