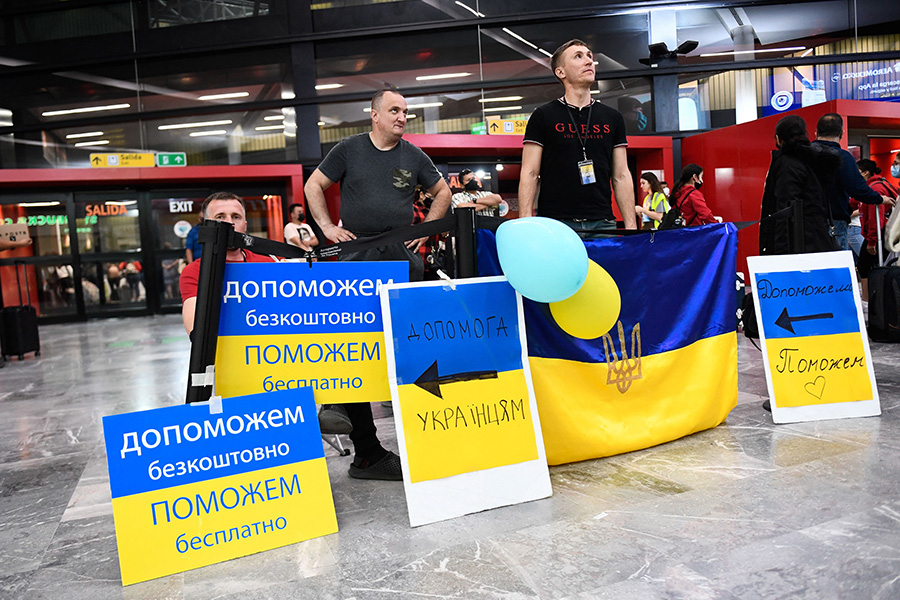 Volunteers with signs welcome Ukrainian refugees as they arrive at the Tijuana airport to help them on their journey to the United States after fleeing the war in Ukraine on April 8, 2022.

Ukrainian refuges are proving themselves to be models of bravery and perseverance. So, why isn’t the United States doing more to help them? Since February, Poland has taken in nearly 3 million refugees. Not to mention granting them government credentials entitling them to employment and healthcare.

Meanwhile, the newly announced “Uniting for Ukraine” act proposes to merely streamline the refugee resettlement process to only 100,000.

This rings of one of history’s greatest blunders repeating itself. During World War II, Jewish refugees were denied entry into the United States for fear some may be German spies.
This country has chosen to support Ukraine and rightfully so. However, isn’t it time for the U.S. to “get its hands dirty,” and start making a difference?

Economic sanctions and supplying armaments are something the U.S. is good at and comfortable with. But a growing number of Ukrainian refugees, mainly women and children, need a safe place to stay. This country has the capacity but not the will to step up and do the right thing.

Whether we talk about thousands or millions, we are talking about human beings. The United States must begin to show humanity.