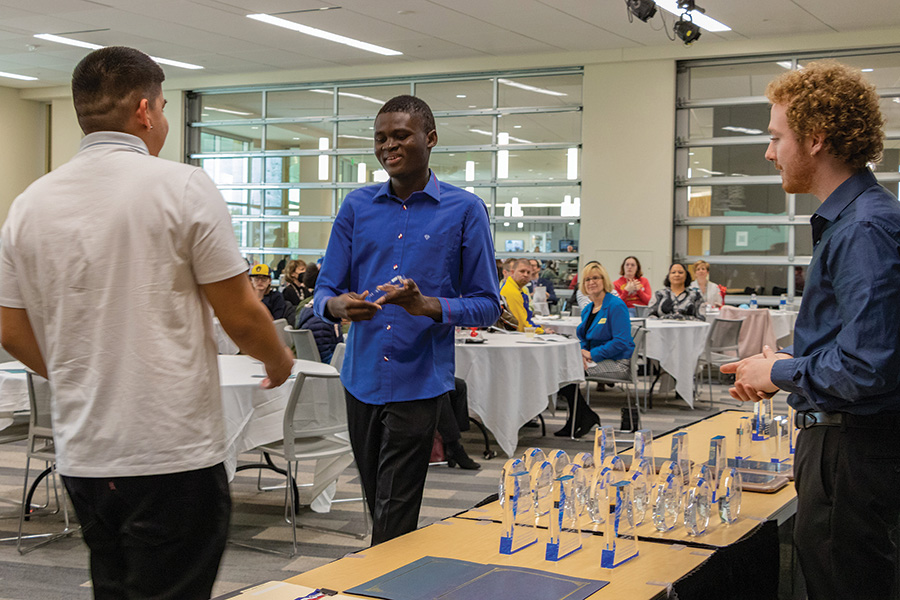 Ousmane Nikiema, center, and Ben Wiest, right, hand out awards at the annual Celebration of Student Success held on April 20 in Room D1630 at the Truax Campus.

Celebrating some of the good work at Madison College was the goal of the Student Success Awards Program. The annual event was held both in person and virtually this year. Over 90 students were nominated in the various categories.

Moreno served as WolfPack Volunteers Coordinator for the Volunteer Center. Maciel was the Phi Theta Kappa President. Green was the Student Senate President and Lawrence was the Editor in Chief of The Clarion.

Other honors presented were:

Exemplary Learner of the Year, School of Human and Protective Services, Law and Education – Justin Shaffer and Monica Caldwell.

Exemplary Learner of the Year, School of Business and Applied Arts – America Silva and Eli Brunett.