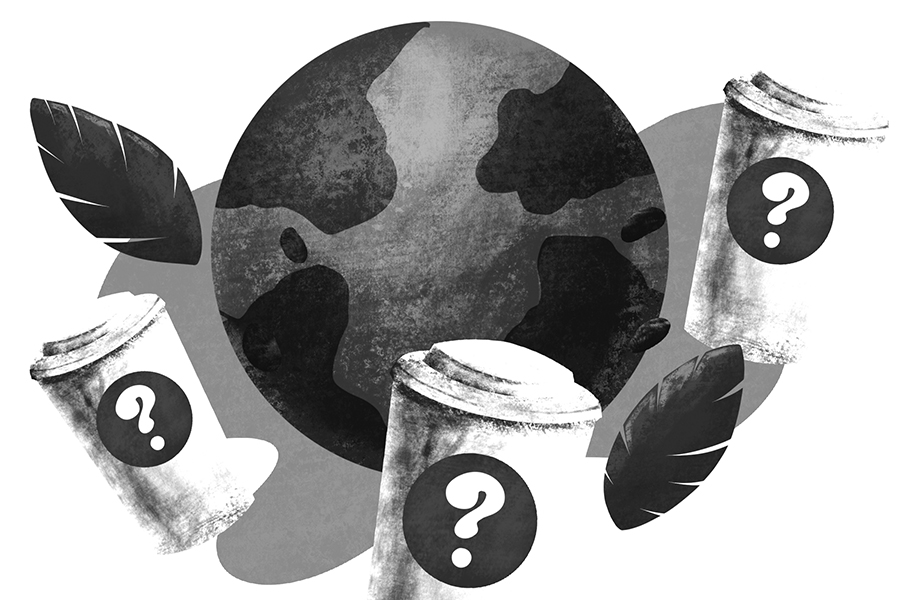 Plastic pollution has been a huge problem since the late 60’s, and since then, it has grown at exponential rates. Multimillion dollar companies are the most to blame for this problem, as Coca-Cola, PepsiCo and Nestlé are responsible for the top 17% of branded plastic waste. Many people can agree that companies should be making efforts to reduce the amount of plastic waste their products create. Which is why Starbucks decision to phase out their disposable cups has been turning heads.

The company is hoping to completely phase out their disposable cups by 2025, replacing them with to-go or ceramic mugs. Starbucks is currently using paper cups for their hot drinks and plastic cups for their cold beverages, so it seems as though they are changing this to prevent the amount of waste their products currently create. According to Starbucks, they are hoping to eliminate their disposable cups in favor of a more environmentally sustainable option.

However, I believe that this is not the case at all. Starbucks is not doing this to help the environment. Instead, I think this is nothing but a ploy to get more money out of the consumers. How did I come to this conclusion? Well, it is because Starbucks is planning to get into the NFT business.

With the rates of growth from the NFT community, it is no wonder that a multibillion-dollar company like Starbucks would want a piece of that pie. However, the truth of the matter is that this is a terrible business ploy. For those who do not know, NFT’s, or non-fungible token’s, are a form of cryptocurrency. NFT’s give someone ownership of a unique piece of art, an image or a song for example, through a series of computer transactions. There is a catch though; NFT’s use up tons of energy. Bitcoin alone generates approximately 38 million tons of CO2 per year, which is larger than the carbon footprint of many countries. The amount of CO2 released from Bitcoin alone has been estimated to have the potential to increase Earth’s temperature by two degrees. That is just the impact of one cryptocurrency; as of March 2022 there are about 18,000 cryptocurrencies. If Starbucks were to get into the NFT business, they would be contributing to another major problem our planet faces.

If the coffee chain really cared about their impact on the environment, they would not be dipping their toes into cryptocurrency. Why would they say they want to reduce the amount of waste their products create, yet turn around and sell their customers digital links to images that do more harm to the environment? There is only one answer: money.

I personally believe that Starbucks getting rid of their disposable cups is nothing but another marketing ploy to bring in more customers that will end up spending more money on their products. In my eyes, their NFT’s plus the extra charge for their reusable cups equals nothing more than a money-making venture. While Starbucks may be getting rid of their plastic waste from landfills, they are in turn going to contribute to Earth’s rising temperatures.

If you really want a cup of coffee, do not go out to buy an overpriced coffee from a company that does not really care about you or the environment. You should go to a local cafe instead or just make a cup for yourself.

It is better to inconvenience yourself than to support a company that does harm to the planet we all live on. Trust me, it is better this way.