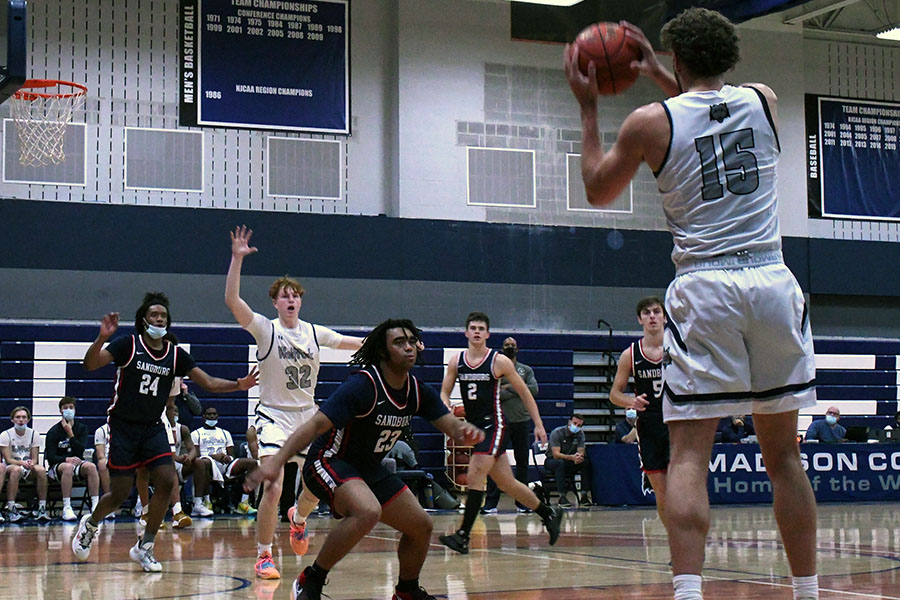 The game was close throughout, with Madison College losing, 74-66, after trailing by five points at halftime.

The WolfPack are now 6-4 on the season and are off to a strong start as they prepare for the start of conference play next month.

Keith Hoffman and Arrion Curothers led Madison College in scoring with 14 points each. Curothers had nine rebounds, while Hoffman added eight. Malcom Reed was the only other player in double figures for the WolfPack, scoring 11 points.

Madison College’s next home game is Dec. 9 against Loras College JV. The team will then play four games before returning home on Jan. 15 to face Waubonsee Community College.

Madison College led throughout most of the game after taking a 34-28 halftime lead. The second half was similar with the WolfPack outscoring Lake County, 36-28, to secure the victory.

Freshman Telin Porter came off the bench to score 15 points and post a team-high four assists. Nik Feller and Trevon Liggins each added eight points for the WolfPack.

Madison College raced out to a 41-23 first-half lead as it easily defeated Western Technical College, 74-59, at home on Nov. 30.

Madison College forced 24 Western turnovers that resulted in 21 points for the WolfPack. Western only scored nine points off of the WolfPack’s 16 turnovers.