Love conquers all in Netflix’s ‘Bridgerton’ 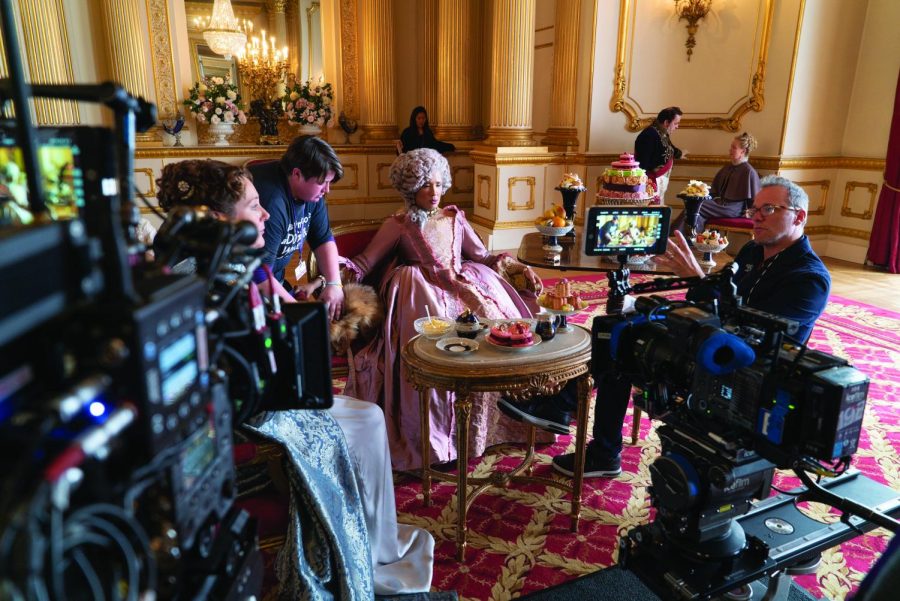 Grab your tea and your girlfriends because this series is going to have a lot to gossip about! “Bridgerton,” the Netflix series that arrived at the end of 2020, has been a real heart jerker—especially for those single ones lacking in the dating scene due to the pandemic.

But do not fret just yet! The “Bridgerton” family will keep you love struck!

The television series was created by Chris Van Dusen and produced by Shonda Rhimes. It is based on a romance novel series by Julia Quinn, that takes place in London in the year of 1813. Its focus surrounds the romantic lives of the eight Bridgerton siblings while living in high class fashion in the Regency era.

Dating back in this time was incredibly different than the year of 2021. There weren’t any dating apps like Tinder or OkCupid. Heck, there wasn’t even electricity. If a woman wanted to land a charming gentleman, she had to go to court as a debutante. Of course, they would have to be part of the upper class and at the desired age to attend this seasonal event.

In most cases, women in the 1800’s didn’t have much of a choice on who they were going to marry. Women were quite frowned upon in many ways. The main reason for their existence was to reproduce more men and to tend to their lord’s beck and call.

Boy, things have sure changed since then. So, why would anyone want to watch something so uptight as “Bridgerton”?

Well, the narrator of the story, Julie Andrews, makes everything so exaggerated to the point of no return. Andrews plays the voice of Lady Whistledown, the town’s faceless gossip columnist who stirs the pot with each word that gets published. This makes binge watching a must because the identity of this character is unknown to everyone.

Clearly, if the film is filled with drama, it would not be complete without a love story. The great thing about “Bridgerton” is that it is filled with a variety of love stories. Though, the first season’s spotlight story tunes in on the oldest Bridgerton daughter, Daphne, the fiery desires of love are witnessed floating amongst the whole city of London.

“Bridgerton” is almost like the show “Gossip Girl,” but takes place in England in the 1800s. It has its elites and its romance, but beware, “Bridgerton” is for mature viewers only. Things do get a little hot and heavy, so I would not recommend watching this series with children or even your parents. Trust me, you will thank me later.

WARNING: It is guaranteed you WILL catch a British accent while consuming.