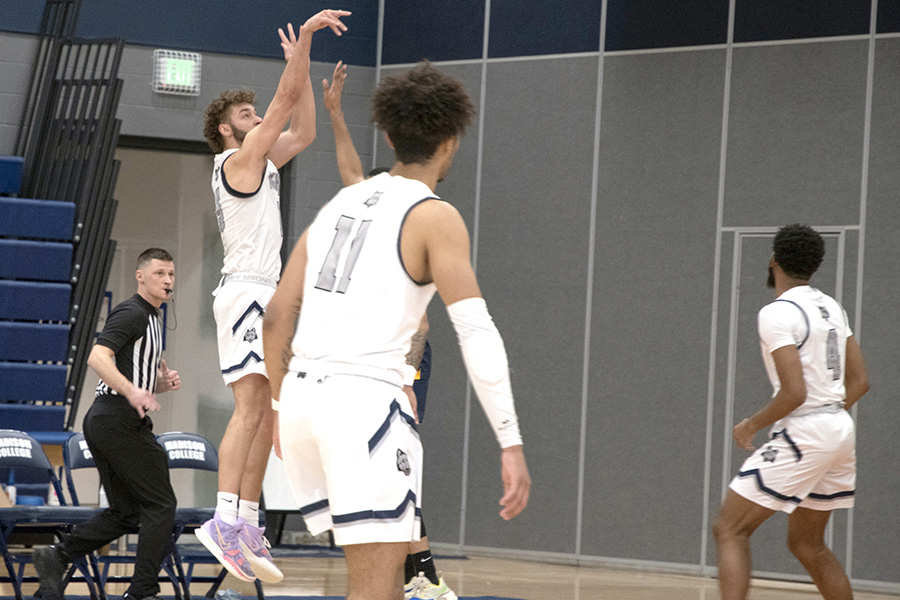 Even their best shooting performance of the season wasn’t enough for the Madison College men’s basketball team to overcome No. 12 Joliet on Jan. 27.

Madison College fell to Joliet, 95-77, and have now lost three of its first four conference games this season. The team’s record is now 13-7 overall and 1-3 in conference play.

Against Joliet, shooting was not the problem. Madison College converted on 39 of 59 field goals for a season-high shooting percentage of 59.3.

Trevon Liggins led the WolfPack with 13 points, while Malcolm Reed and Cortez Telfered both added 10.

Visiting Madison College lost to the College of DuPage, 63-61, on Jan. 25 after DuPage scored six of the game’s final seven points thanks in part to a late-game technical foul against the WolfPack.

Keith Hoffman and Trevon Liggins both scored 15 points to lead the WolfPack, while Malcolm Reed added 12 points. Hoffman also had 14 rebounds to finish with his seventh double-double of the season.

Madison College earned its first conference victory of the season, upending No. 13 Rock Valley College, 61-54, at home on Jan. 20.

The game was close throughout, with Madison College leading 27-24 at halftime. The WolfPack closed the game on a 17-7 run, keyed by a 3-pointer by Trevon Liggins that put his team up for good.

Arrion Curothers led Madison College with 16 points, while Telin Porter added 15 and Keith Hoffman had 14. Hoffman led the team in rebounds with 11.

A rough second half resulted in a blow-out 98-57 loss for visiting Madison College against fifth-ranked Milwaukee Area Technical College on Jan. 18.

The Stormers outscored the WolfPack by 30 points in the second half, 59-29, after claiming an 11-point halftime lead.