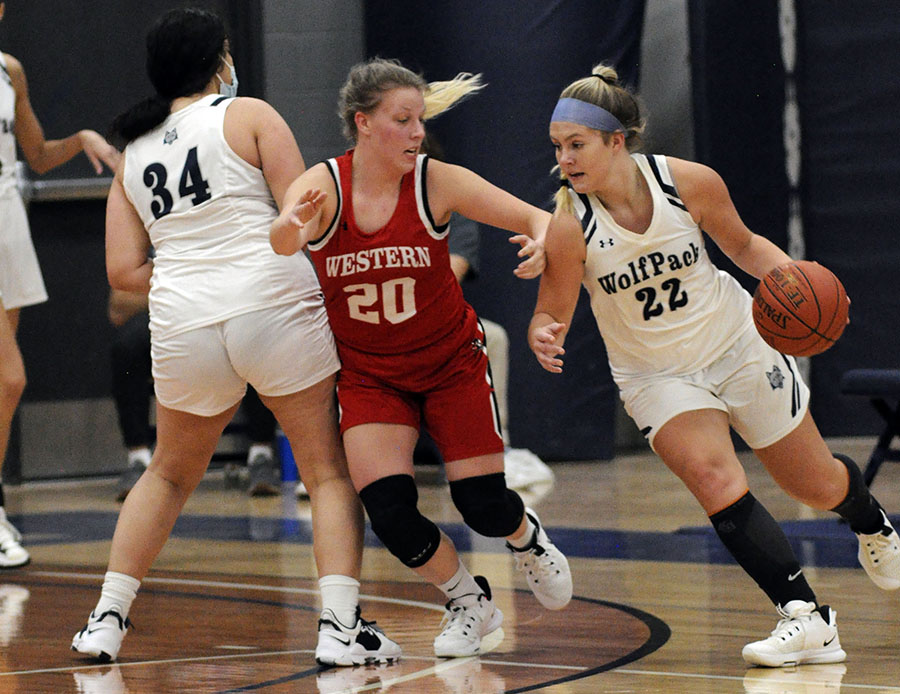 It was the highest scoring output for the WolfPack this season. The team’s previous high was 57 in a loss to Anoka Ramsey Community College.

After ending the first quarter tied at 17, Madison College took control of the game in the second quarter, outscoring Prairie State 20-17 in the quarter to take a 37-24 halftime lead.

The WolfPack’s next home game will be Dec. 9 against Loras College JV.

After that they won’t return home again until Jan. 15, when they host Waubonsee Community College.

A low-scoring third quarter proved costly in Madison College’s game against College of Lake County on Dec. 2. Madison College was outscored 14-5 in the quarter and ended up losing 59-49 after holding a one-point halftime lead.

Lake County opened the second half with an 8-0 round which gave them a lead they would never surrender.

Laurissa Pickel led the WolfPack in scoring with a career-best 15 points.

Turnovers and a below average shooting effort both played roles in the loss. Madison College committed 27 turnovers, resulting in Western’s 26 to 7 edge in points off turnovers.

In addition, Madison College hit just 35 percent of its shots in the game, converting on just 23 of 64 attempts.