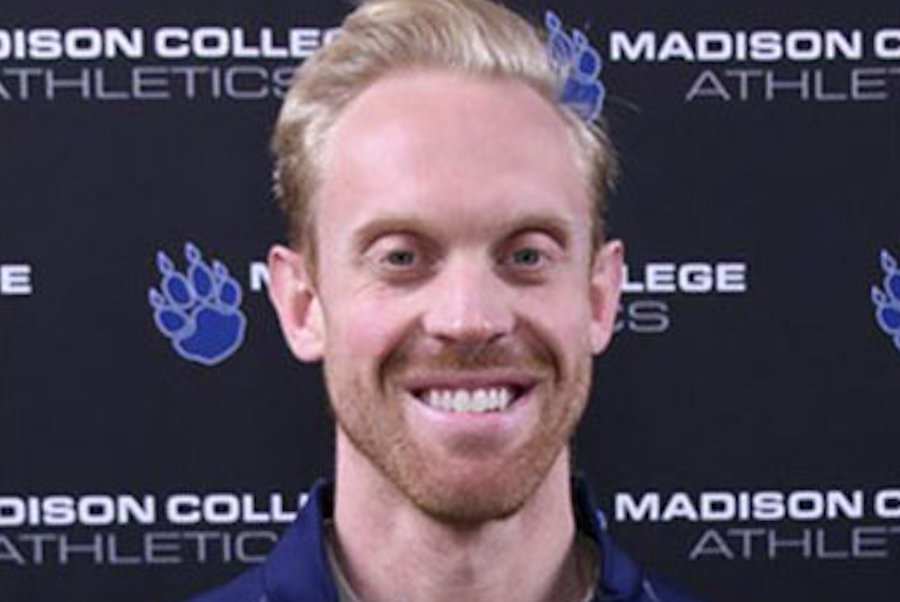 Quinn Lukens might be new to Madison College, but he’s been a part of the volleyball community in the Madison area for about 10 years.

Lukens has coached for 12 years at the club level, 10 of those years in Madison, and has spent three years as a student manager for the Wisconsin Badger volleyball team.

In March, Lukens was hired as the next volleyball coach at Madison College. He replaces the three interim co-coaches of Emily DesJarlais, Lindsey Swansby and Sydney Toon. He will also serve as the college’s performance coach, working with all student athletes regarding physical strength, conditioning, mental training and overall performance.

“We are very excited to welcome Quinn to Madison College and our athletics family,” Director of Athletics Steve Hauser stated in a news release. “Quinn brings significant volleyball coaching experiences from both the intercollegiate and club levels to the program. He is an engaging and passionate individual with a unique skill set that will allow him to recruit quality student-athletes and help each of them to develop to their full potential while here.”

Lukens takes over a program that posted a 16-16 record a year ago. This marks the fourth coaching change in the program since Toby Parker retired following the 2016 season. Parker was the winningest coach in college history, posting a 358-86 record and winning two national titles during his 13 years as coach.

For the past 10 years, Lukens has been a coach with Capital Volleyball Academy in Madison. He has been the program’s top U17 coach for the past 17 years. His teams were the 2019 Badger Region Champions, the 2018 JVA World Challenge Champions and finished ninth in the 2016 AAU National Championships.

Lukens also served as student manager for the Wisconsin Badgers women’s volleyball team from 2012 to 2015, where he worked under coaches Pete Waite and Kelly Sheffield. The team was the NCAA Division I National Runner-up in 2013 and Big Ten champ in 2014.

“I am both excited and grateful to have been given the opportunity to join the athletics department at Madison College, and I look forward to working with all athletes on campus in the pursuit of performance excellence,” Lukens said in a news release from the college.

Before transferring to UW-Madison, where he earned a bachelor’s degree in psychology, Lukens played volleyball for two years at Santa Monica College. A 6-foot, 7-inch middle blocker, he guided the Corsairs to two Western State Conference titles, was a two-time all-conference player and was picked as the 2009 Santa Monica College Student-Athlete of the Year.

Lukens is expected to receive his master’s degree in sport performance psychology from National University this June.