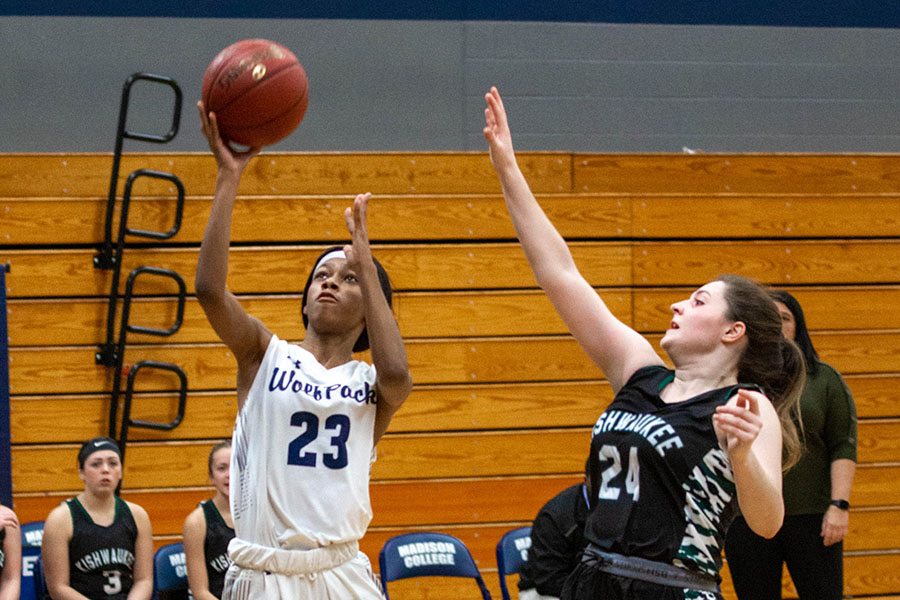 After two away games and one home game the Madison College women’s basketball team earned two wins and a loss, making their overall record 7-4.

With two more games in 2019 the Madison College women’s basketball team is to finish out 2019 strong.

“If we can continue with this intensity, we will be tough to beat.”  Madison College head coach Lois Heeren said about the team’s final two games.

“I thought we played really well, we played one of our better defensive intensity games on the season,” Heeren said.

Madison College shared the ball well, having a season high 24 assists on the game. Aniah Williams had a team high five.

“We really shared the ball well, and played well together and everyone contributed on both ends of the floor,”  Heeren said.

Madison College used a big second quarter to their advantage, Madison went on to score 30 points compared to Kishwaukee’s 14 points.

Williams led all scorers with 25 points.  Madison also had three other players who had 10 or more points on the game.  Lily Dorman and Amber Sue Udelhoven both had 14 points. Hailey Kaenel had a career high 11 points.

William led all scorers with 20 points, Williams went 6-10 from behind the arc for a career high six 3-pointers made.

Off the bench Udelhoven and Olivia Marron both chipped in for 10 points apiece.  Udelhoven also had a team high nine rebounds.

“At Malcolm X we played well, I thought our defensive presence was really good and we shared the ball really well,” Heeren said.

Madison College, though, struggled against Western Technical College and lost, 86-51.

“At Western Tech, we just didn’t play well,” Heeren said. “Their defensive pressure was just something that we were ready for, but didn’t handle it well. We also didn’t shoot the ball well.”

The 86-51 loss was the worst loss for the WolfPack this season and snapped a five-game winning streak.

Williams was held to under 10 points for the first time in her career, snapping a 35 game streak where she had double digit scoring. Williams came away with six points.

Madison College rounds out 2019 with two non-conference games. The first game is on Dec. 10, when UW-Washington travels to Madison.  The final game of 2019 is on Dec. 13, when the WolfPack travel to UW-Richland.