Back in the game

Joe Ignatius finds he fits on the Madison College golf team, even at age 57 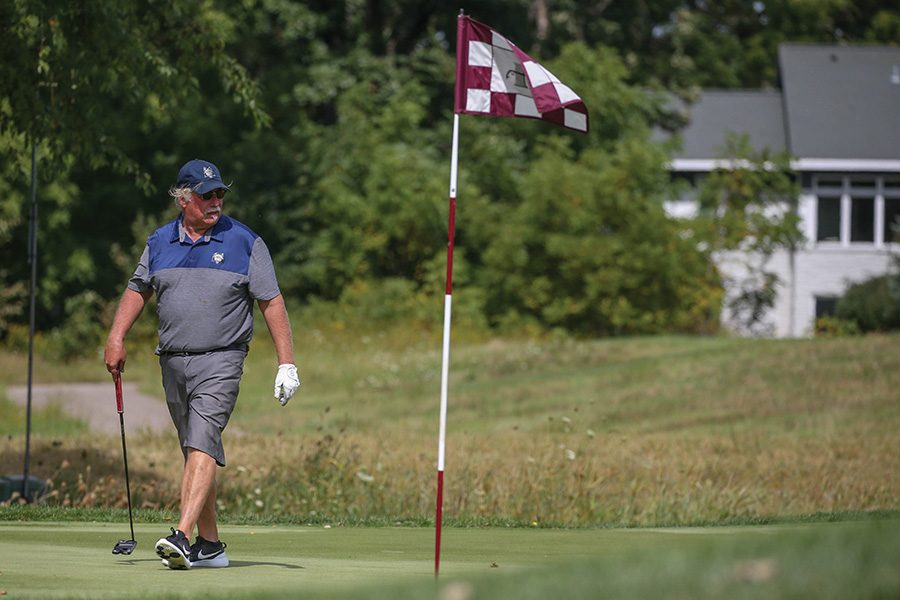 Joe Ignatius has always loved the game of golf, so when he returned to college it was only natural for him to want to help out with the WolfPack golf team.

But at the age of 57, he thought his role might be as team manager or driver.

“Coach suggested that maybe I try out for the team in the spring,” Ignatius said. He was reluctant at first, but “coach said, well you have eligibility.”

Midway through his first season with the WolfPack, Ignatius is happy with his decision to join the team.

A captain for the WolfPack squad, he enjoys helping out when the coaches aren’t around.

“We’re glad to have him on the team because then we felt we had a legitimate team captain, that people could easily understand to why he would take on that responsibility,” said Eichstedt about Ignatius. “He brings a lot that a typical 18 or 19-year-old would not.”

So, what brought Ignatius back to college, and how did he choose Madison College?

“Madison College choose me, because I’m an apprenticeship student, and it runs through the state,” he said.

When he came back to college Ignatius said it has been a blessing.

“Had I done this same program when I was younger, I wouldn’t of got any CNC for the computers, stuff that you really need to know today,” Ignatius said.

As a manager of his family business Ignatius’s opportunities are easier. Working with his brothers it helps give Ignatius some free time.

“It was kind of their idea for me to go back to school,” he said.

So, what does Ignatius’s family think of him being on the golf team?

“They think it is hilarious, and fun, so do my friends,” he said.  “It’s awesome, because who does that, but that just the kind of person I am.”

Right now, Ignatius is happy to be a part of the WolfPack team and to help the squad continue to improve as it nears the end of its fall season.

The WolfPack are currently on their Illinois part of the season. The team travels to Bryon, Ill., for the Region IV Classic on Sept. 27, and finish off the regular season at the College of DuPage Invitation in Wheaton, Ill., on Sept. 29.

After the WolfPack finish the regular season they will compete in the NJCAA Region IV Tournament.

The regional event is a a three-day tournament in Byron, Ill, on Oct. 3-5. Top finishers in the tournament will advance to the NJCAA Division III National Championship in Chautauqua, N.Y., on June 2-5, 2020.