Winning is now part of the equation for Madison College guard 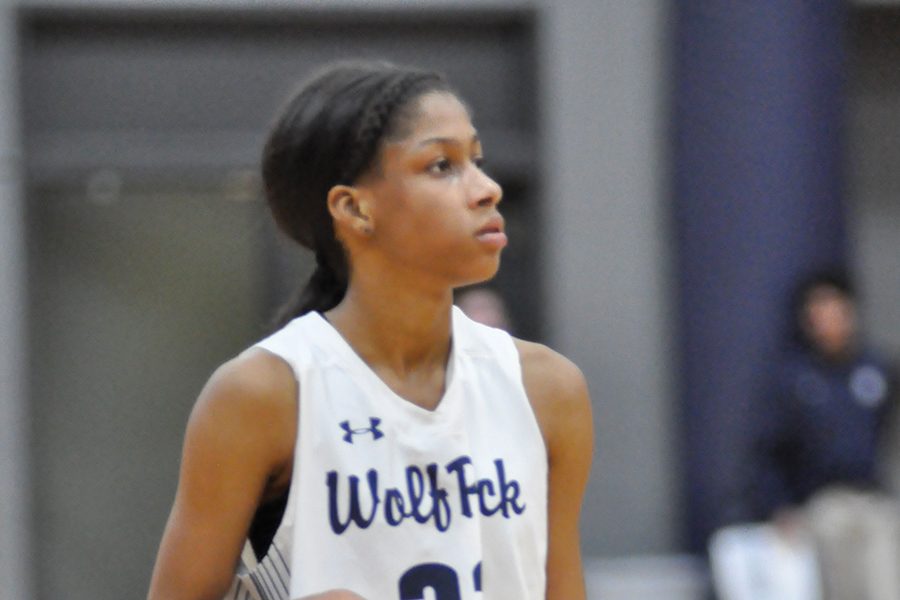 Aniah Williams always felt like she had the potential to play college basketball. She just wasn’t sure how much attention she’d receive playing on a high school team that rarely won.

“It was stressful,” Williams said. “Some teams would just want to beat on us.”

But her mom, Bridget Edwards, was always there to pick her up.

“She supported me and the team,” Williams said. “Told me to never give up and keep working. As long as I’m doing my part, I’d be kind of where I am now.”

Williams overcame that challenge and excelled personally to earn All-Conference and team MVP honors her junior and senior years. Her efforts garnered the attention of the Madison College coaches, who offered her an opportunity to play collegiately.

“Beloit wasn’t really good, so I thought it’d be smart to come to a two-year (college) and kind of get my name out there a little bit,” said Williams, who hopes to continue playing after completing her two years at Madison College.

During her high school career, she drew inspiration and support from her family, including her brother Tyler Robinson, who also played high school basketball. Her mom continued to practice with her at home, but never strained the relationship by acting as her coach.

Playing basketball since she was 4 years old, when her mom signed her up, Williams also played softball but shifted her attention to basketball by late high school because of her love for the game.

Attending the same high school as her mother, Williams often heard stories from coaches and teachers who had worked with her mom. The softball coach even told her that her mom still held the school record in stolen bases.

Edwards never pressured Williams to repeat her successes. However, with mom’s advice inspiring her to “never lose faith” and “keep working to do her part,” Williams realized she knew had it in her to play at the next level.

As a strong driving left-handed player, the 5-foot, 8-inch Williams is a Liberal Arts transfer major focusing on making a name for herself in college basketball.

Williams will never forget her first collegiate game – a loss.

“The first game, I was nervous because of the different rules and adjustment,” she said. “After we lost, I just said I don’t want to do that any more. … I had enough of losing.”

Her teammates laughed, but knew she was serious.

Madison College went on to lose two more games before beginning an extended winning streak. The team finished the season 19-8, and William’s performance was a big part of the team’s success.

Playing well off of others’ defensive zone rotations, she was often able to make fast breaks against the competition and easy transition baskets.

William’s accomplishments were recognized throughout the season as NJCAA player of the week twice and in breaking the Madison College record for total points in a single scoring game with 41. She scored 598 points this season, good for 22.1 points a game.

Even with these accomplishments, she is most proud of the team’s record.

Her goal in the off-season is to practice building strength in non-dominant, right-handed shooting and build more muscle. She plans to help the team go further in playoffs next year and to hit 1,000 points in her Madison College basketball career.

Williams knows her newfound success wouldn’t have been possible without the support and encouragement she receives from her mom.

Edwards’s job as radiology technologist makes it difficult to get to all of Williams’ games, but she makes as many as she can and supports her daughter by watching games live on the athletics website and through post-game chats.

As happy as Williams was to set a school record, her first in any sport, her mother was just a pleased.

“She was super proud and overly happy for me, excited,” Williams said.