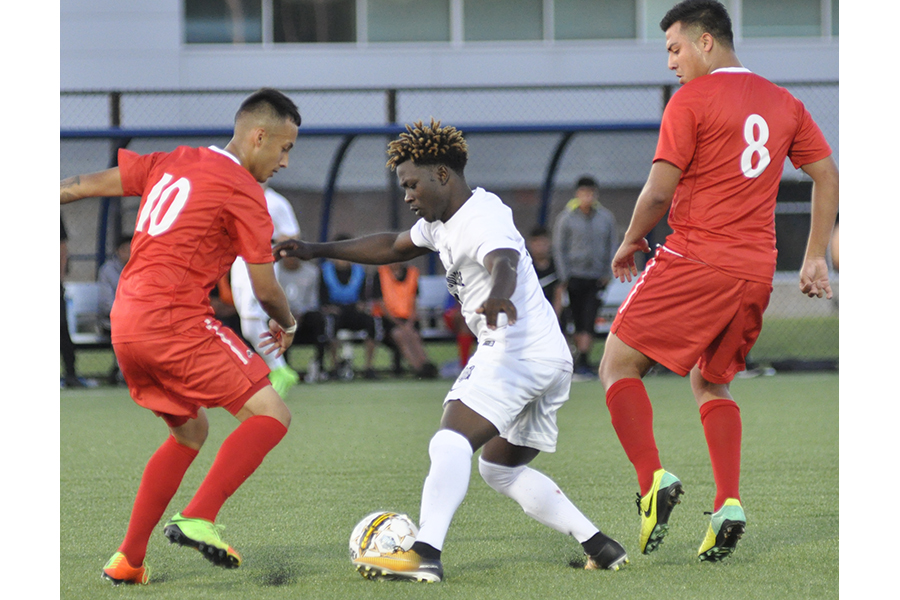 The Madison College men’s soccer team opened the season at the new Goodman Sports Complex with a 2-1 win over Malcom X College on Aug. 22.

Freshman Brandon Griffin scored the team’s first goal just over 17 minutes into the match, heading in a corner kick from Marco Peruzzo.

The team’s second goal came just past the 36-minute mark of the first half, when a Malcom X player accidentally headed a ball into the goal trying to defend another corner kick.

Madison College goalie Blake Dehn and his defensive teammates held Malcom X scoreless until the 86th minute of the match.

The win was a positive start for a team that hopes to defend its first-ever North Central Community College Conference title. Madison College finished last season with a 14-2-2 record.

Dehn is one of five sophomores on this year’s squad. He is joined by Ricardo Ramos, a midfielder who scored two goals and had five assists last year, defender Michael Bravick, midfielder Casey Risch and defenseman Michael Bravick.

There are 15 first-year players on the squad, including Griffin and Peruzzo who connected for a goal in the game against Malcom X.

After an Aug. 25 match against Illinois Valley Community College, the team opens conference play at home against Joliet Junior College at 4 p.m. on Aug. 30.