WolfPack at home on the road: Madison College baseball team stands at 12-8 as it prepares to open play at home 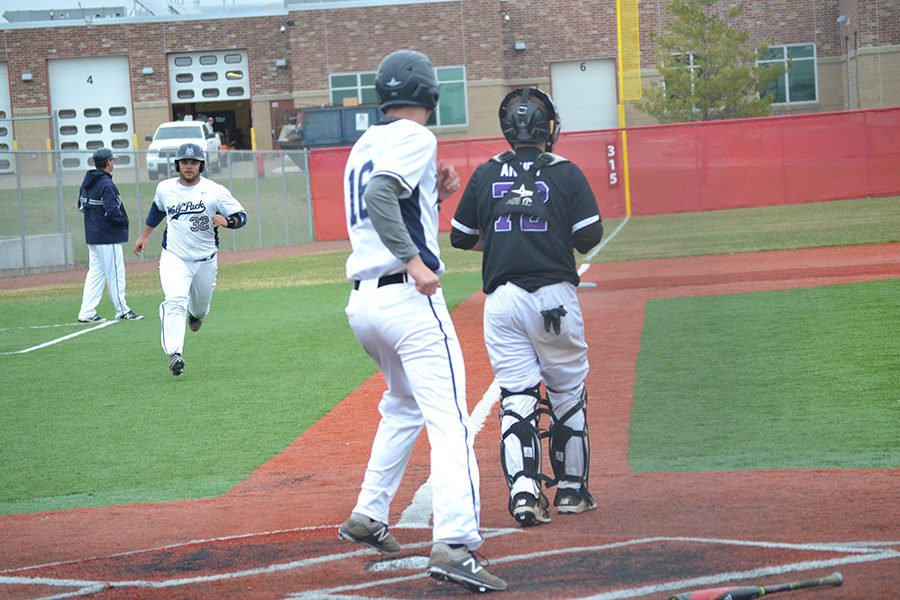 The Madison College baseball team has played 20 games already this season and, weather permitting, will finally have its home opener at Robin Roberts Field this week.

Still, the WolfPack is off to a fairly successful start. The team is 12-8 overall, having won six of its last eight games. Unfortunately, the two losses were to conference rival College of DuPage.

The WolfPack had no trouble making itself at home, posting double-digit wins both games on April 2.
Madison College won the first game, 16-2, pounding out 10 hits and taking advantage of five errors by Prairie State College.

A five-run fourth inning swung momentum toward the WolfPack, giving the team a 6-2 advantage. Tanner Umentum provided a big boost in the inning with a two-run double for Madison College. Prairie State made two errors in the inning to help fuel the WolfPack outburst.

Riley Pelischek pitched the win for the WolfPack, allowing just three hits and one earned run in five innings. He struck out seven batters, while walking only one.

The second game against Prairie State was another 14-run game. This time, Madison College won 14-0 in five innings. A 10-run third inning put the game away for the WolfPack.

Madison College had eight hits in the game, but Prairie State inflicted much of the damage itself with 13 walks and three errors.

Logan Michaels had two hits, including a double, to lead Madison College. Umentum added a double, two walks and two runs batted in.

Madison College entered the bottom of the seventh with a 5-3 lead. But three singles, two walks and an error allowed College of DuPage to steal the victory.

The walk scored Logan Michaels, who had opened the inning with a single and advanced to third on a double by Sage Bruhl. An intentional walk and a strike out, set up Hurt’s game-winning two-out walk.

Pitcher Hank Schau pitched a 1-2-3 bottom of the seventh inning for the complete game victory.

He held Elgin to two runs on one hit and seven strikeouts. Schau is now 3-0 on the season.

A pair of doubles in the inning, by Chase Scharnek and O’Brien, helped fuel the offensive outburst. O’Brien finished the game with two hits, while Garrett McGraw scored twice.

Sam Lund pitched into the fifth inning and earned the victory for Madison College, allowing two runs on eight hits and five strikeouts.