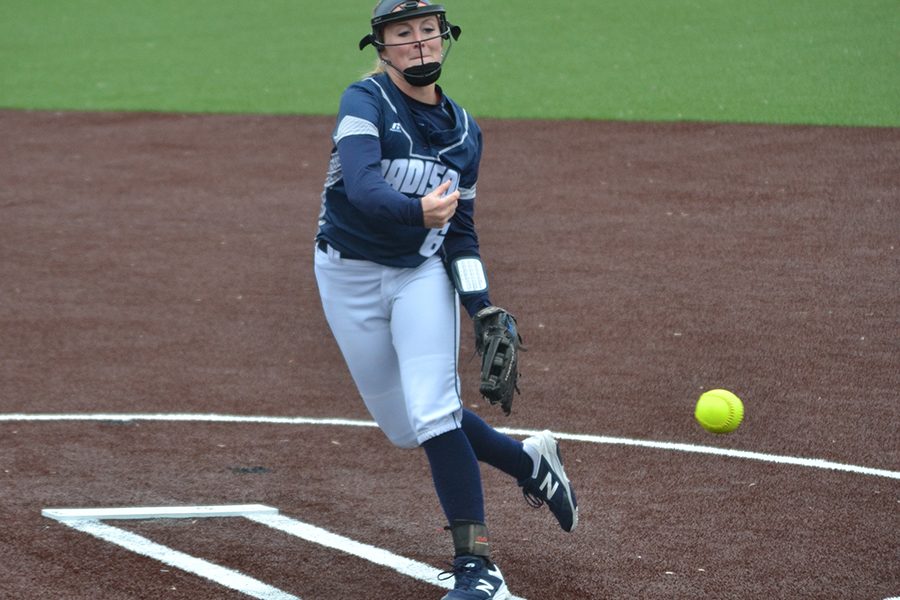 A rainout with Milwaukee Area Technical College on March 30 pushed back the opening for the Irwin A. & Robert D. Goodman Sports Complex by a day, forcing Madison College to open its new stadium against two of the toughest opponents on its schedule.

The team opened its home season by being swept by Kirkwood Community College, ranked No. 2 in NJCAA Division II, in a doubleheader on March 31.

Madison College was then swept again at home on April 1 in a doubleheader with Rock Valley College, the three-time defending NJCAA Division III national champion.

Fortunately, the team got a chance to rebound against Black Hawk College-Moline on April 2, winning two games on the road.

Madison College now stands at 15-12 overall and 4-2 in conference play. The team has won three of its last eight games, but will now play the bulk of its remaining schedule at home.

After hosting the College of DuPage in a doubleheader on April 4, Madison College will travel to Joliet Junior College for two games on April 6. The team then returns home on April 8 to play South Suburban College.

Madison College pounded out 20 hits in the game and had three triples and two doubles. Brooke Heck led the team with four hits, including a double.

Emily Wiederholt earned the win, pitching 3-2/3 innings. She allowed one run on three hits and struck out six.
Madison College 5, Black Hawk College-Moline 2
Another double-digit hit effort gave Madison College a 5-2 victory over Black Hawk in the second game of the doubleheader.

Jensen led off the inning with a double, followed by a walk by Ashley Kniesel.  Jensen and Kniesel both scored after a double by Brzenk. Brzenk had two hits in the game. Feiler doubled to lead off the fifth inning, but was left stranded at third.

Madison College had four hits in the game, including a double and two hits by Seeber. Rock Valley pitcher Kelsie Packard allowed just two hits in six innings and struck out 12 batters.