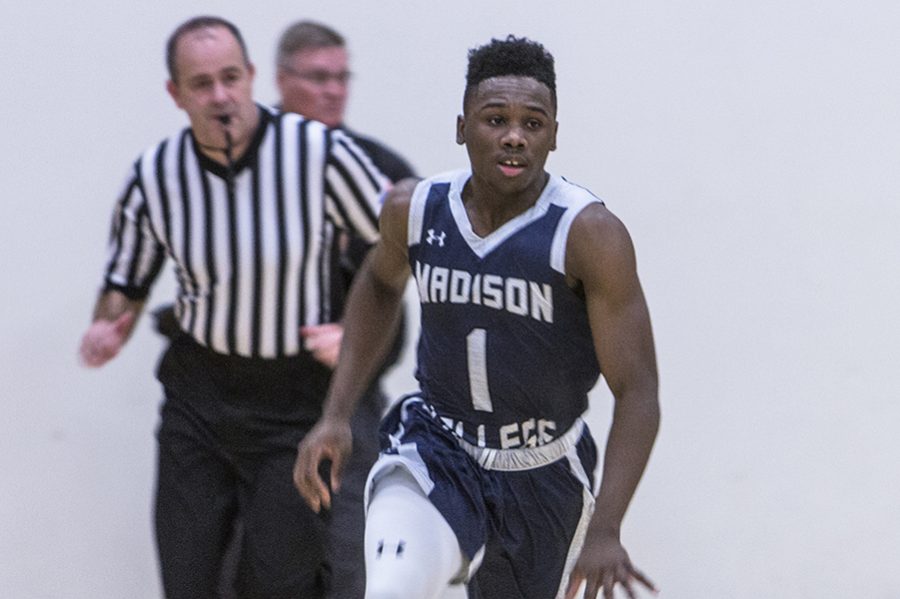 Tyree Young brings the ball up court for Madison College on Feb. 3.

After a lopsided loss to Joliet Junior College, the Madison College men’s basketball team has now won three straight games to improve its record to 17-9 overall and 9-3 in conference.

Waldon connected on 12 of 18 shots and was 8 for 11 from the free throw line. It was the eighth time this season he scored more than 20 points in a game. He also grabbed 10 rebounds for his fifth double-double of the season. Three other WolfPack players scored in double figures. Young scored 18 points, Schmelzer added 14 and Staples had 10.