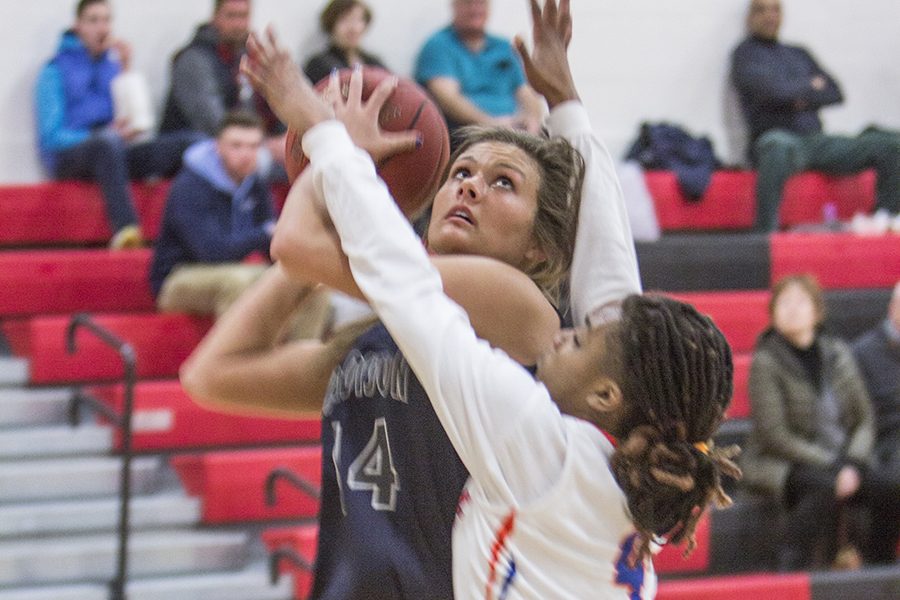 Slaney entered the game needing just seven points to claim the school’s scoring record, and ended up scoring 25 in her team’s 74-24 road win.

She passed Alicia Haag’s record that had stood for 27 years with the first of two free throws she made with 2:05 left in the first quarter.

Slaney now has scored a total of 1,094 points, with two regular season games and playoffs remaining in her final season with the WolfPack.

In addition to her 25-point scoring effort, Slaney had 10 rebounds, five assists and five steals. It was her 17th double-double of the season and her fifth straight.

Freshman Peyton Trapino had her fourth double-double in six games, scoring 10 points and grabbing 10 rebounds while adding a team-high seven assists. Mariah Ginter, also a freshman,  had her second double-digit scoring game of the season with 11 points.

The margin of victory was the largest for the WolfPack since a 63-point win over UW-Rock County last season.

Sixth-ranked Madison College now stands at 19-5 overall and 8-2 in conference. The WolfPack has two remaining games, both at home. The team hosts College of DuPage on Feb. 15 and conference leader Rock Valley College (11-0 in conference) on Feb. 18.
Madison College 78, Milwaukee 66
After trailing by as much as 8 points in the first half, Madison College took control in the second half for a double-digit win over in-state rival Milwaukee Area Technical College, 78-66, on Feb. 3.

Slaney scored 30 points in the game and had a whopping 20 rebounds. Trapino added 14 points, while Megan Corcoran scored 10.