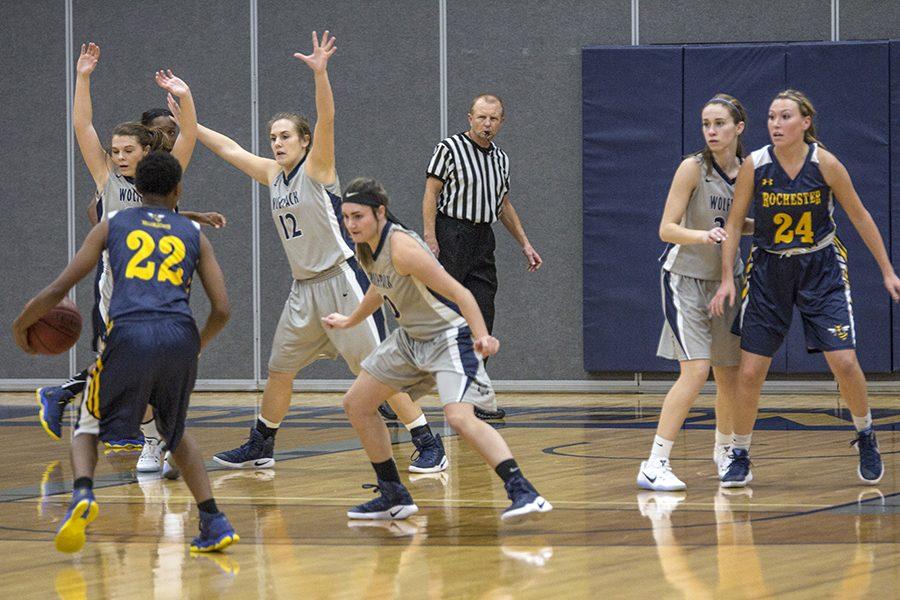 After a 6-0 start, the fifth-ranked Madison College women’s basketball team suffered its first loss of the season.

Madison College led 32-28 at halftime, but Rochester forced enough turnovers and made enough 3-point shots to overcome the WolfPack. Rochester converted on eight more 3-pointers than Madison College and had a 26-18 turnover edge as well.

Slaney hit a season-high four 3-pointers in the game and finished with 33 points, her third 30-point game of the season. She was 9 for 15 from the field and 11 of 13 from the free throw line. Slaney also had 15 rebounds, four blocks and four steals.

Slaney led the way by hitting 17 free throws and scoring a career-best 39 points. As a team, Madison College converted on 28 of 33 free throws to help finish off Sauk Valley.

Four other players scored in double digits for Madison College. Freshman Cheyanne Jo Udelhoven scored 18 points, including a perfect 5 of 5 from the free throw line. The three others included Trapino with 12 points, Macy Graf with 11 points and Jamie Falk with 10 points.