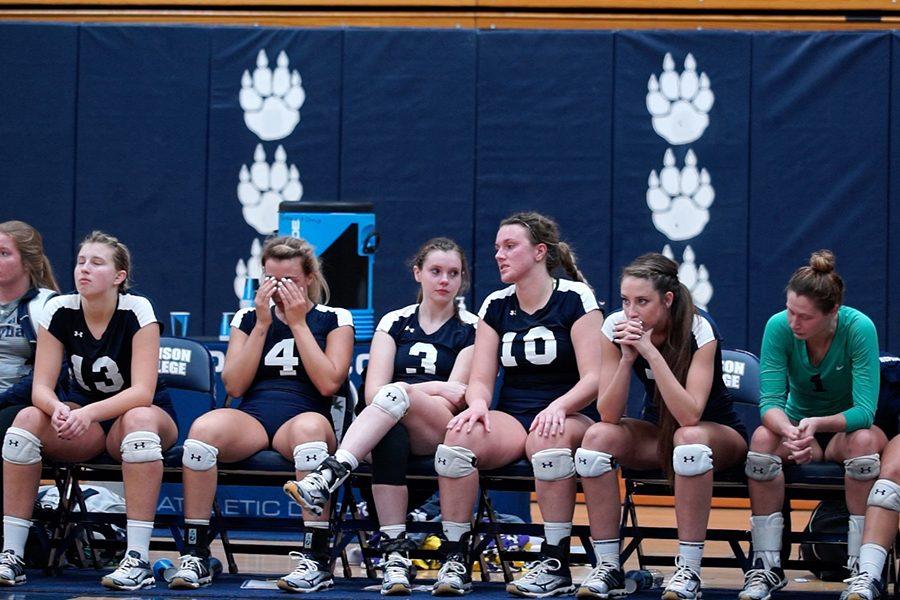 Members of the Madison College women’s volleyball team gather their emotions after a loss to top-ranked Harper College in the NJCAA Division III Championship played in Redsten Gymnasium on Oct. 29.

Harper College and Madison College spent virtually the entire season No. 1 and No. 2 in the NJCAA Division III rankings.

So it surprised no one when the two conference opponents ended up facing each other on Oct. 29 in the Region IV Tournament Championship for the right to advance to the national tournament.

But it wasn’t to be. Harper College defeated tournament host Madison College, 3-1, ending the WolfPack’s streak of national tournament appearances at three straight.

Harper, 40-1, moves on to the national championship on Nov. 11 in Rochester, Minn. Madison College finished the season with 27-5 record.

Madison College had to rally to reach the championship game, taking the final two sets against Rock Valley to win 3-2.  TeAnn Harms had 19 kills, while Bauer added 18 to lead the WolfPack.