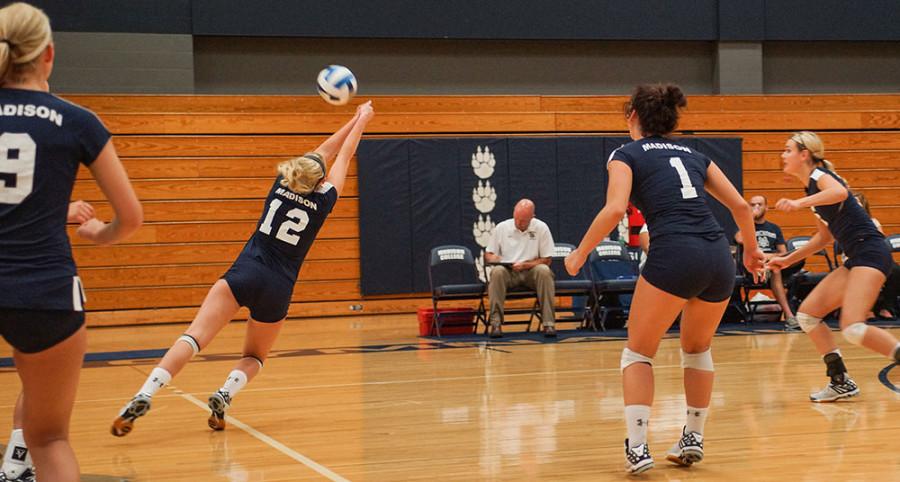 Miranda Durbin (12) dives for the ball during the Sept. 3 match against Milwaukee Tech.

After a 9-4 start to the season, it might seem like the Madison College women’s volleyball team is in unfamiliar territory.

But the reality is that the team is still ranked No. 4 in the NJCAA Division III standings and has only lost to one other Division III opponent, No. 2 ranked Harper College.

Since that game, Madison College has won two straight matches against conference opponents, beating Milwaukee Area Technical College, 3-0, and the College of DuPage, 3-0. It also went 4-0 in the Rochester Invitational, with a big win over Des Moines Community College, ranked 4th in Division II.

A year ago, Madison College split the season series with Harper College and went on to win both the conference and national title. The rematch with Harper College will be at home on Sept. 29, but before then the WolfPack will face two other ranked opponents.

Madison College will play fifth-ranked Rochester Community and Technical College on Sept. 19 in the Harper Invitational. Three days later, on Sept. 22, the team will host No. 3-ranked Rock Valley College.