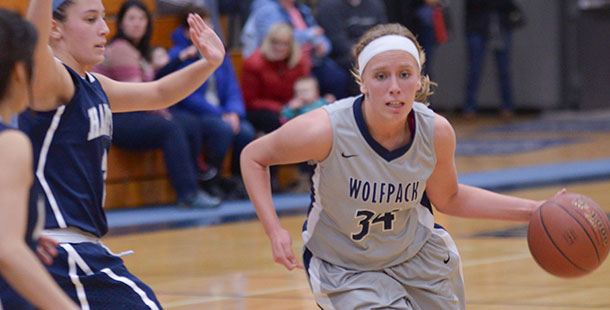 The Madison College women’s basketball team got within one win of the NJCAA Division III National Tournament.

That one game, though, was against No. 1 ranked and two-time defending national champion Rock Valley College, a team that had already beaten the WolfPack twice this season.

Despite a strong performance, Madison College was unable to pull off the upset, falling to Rock Valley, 90-71, on March 1 in the NJCAA Regional IV championship.

The game was close throughout the first half, but Rock Valley inched its way to an 11-point halftime lead. Madison College was unable to close the gap in the second half.

Madison College finished the season 21-10 overall and 10-4 in conference play.

A strong performance over rival Milwaukee Area Technical College on Feb. 27 propelled the WolfPack into the championship game.