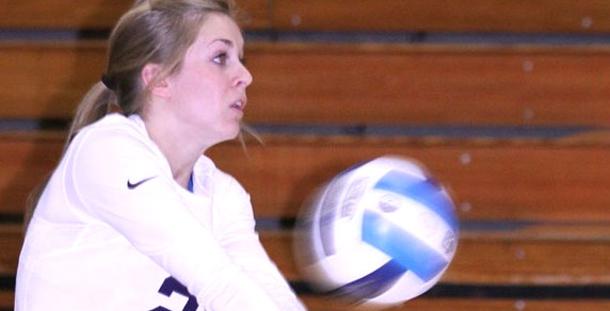 Vanessa Clarson was one of two Madison College volleyball players selected to the all-conference team. She was joined on the team by Terissa Bierd.

Parker, who also was the top N4C coach in 2010, coached the WolfPack to a share of their first conference title, with Rock Valley and Harper, ending with a 24-5 overall record and 10-2 conference record. This was his fourth season with Madison College, which peaked at No. 6 in the NJCAA volleyball rankings. His career record in N4C competition is 36-12.

Clarson had 532 digs this season, 229 coming in N4C games, which was the highest in the conference. She had a season-high 45 digs in a non-conference game this season and her high in-conference was 29, in a key win over Rock Valley.

The WolfPack last had two players on the all-conference team in 2010, when Ashley Biesterveld and Skye Kapinus were both named to the first team. That year, they also had two players – Hilary Frey and April Testman – on the second team. Their best showing on the team was in 2009, when Melissa Ernst, Kristen Klein and Casee Simms gave Madison College nearly half the all-conference team roster.