The legalization of cannabis and why it’s a needed move 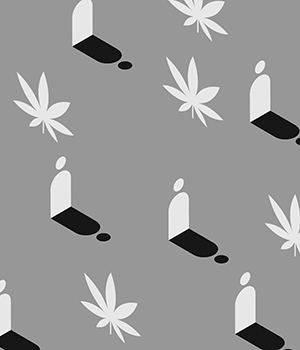 April 20 marks the unofficial holiday for cannabis. Laws regarding cannabis in the U.S. are different from state to state. In some states, such as Colorado and Michigan, it is fully legalized. In states like South Carolina and Idaho, it is fully illegal. There are so many different opinions on what should be allowed, and what should be prohibited when it comes to cannabis.

We at the Clarion believe that cannabis should be legalized nationwide. One reason for this is its medicinal uses. People that could receive aid from using the plant to better their health should be able to do so. Most states have legalized the use of medicinal weed; however, thirteen states have not. These states should follow in the predecessor’s examples and legalize medicinal cannabis.

Not only should it be legalized, it should be decriminalized. Anyone in a state where weed is legal and who is currently serving time for weed related crimes should be released. This would make room in prisons which are already overcrowded. As it currently stands, jail time for cannabis-related arrests is disproportionately affecting the Black community. Though cannabis consumption levels are about the same for both Black and white people, Black people are arrested for violating cannabis possession laws at nearly four times the rates of white people.

However, there should be some restrictions placed on weed. For example, it should follow in the footsteps of tobacco and alcohol; one must be at least 21 years of age to purchase and consume it. The laws regarding operating a vehicle under the influence should remain the same regardless of the changed legality of consuming cannabis. People should be punished if they are violating other people’s safety by driving while impaired, whether that be from alcohol or cannabis. People should also be punished if they try to distribute weed to minors, similar to how laws surrounding alcohol function. A license must be required to sell weed to people of age.

One concern that people have is the quality of their products. There are too many horror stories of people smoking weed that was laced with something unknown.

If cannabis was legalized, it would be regulated more efficiently. These regulations would help reduce, if not eliminate, the amount of cannabis that is laced with unknown and often harmful substances.

Another benefit to legalizing cannabis is the economic standpoint. Small businesses could benefit from selling cannabis.

After Colorado legalized weed, their gross domestic product increased by 4.4%. Since 2015 it has continued to climb. They have a tax on weed, which in turn can be used to better their state.

We at the Clarion believe that weed should be legalized and decriminalized, yet still regulated. Having respect for the different opinions around you and giving grace when you can’t understand for yourself goes a long way.