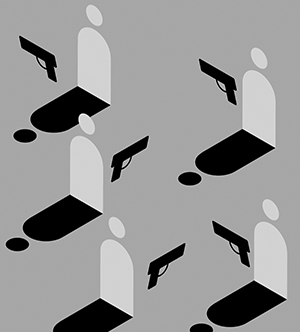 Madison has a 94% higher crime rate than other Wisconsin cities do. In the span of one year, incidents where shots were fired increased by over 100. Homicides per year went from four to an all-time high of ten, two years in a row. Nationally, gun violence has been on the rise. In 2021, there were 20,726 gun deaths excluding suicides. There were 623 mass shootings, killing 702 people and injuring 2,844 more. On average, at least one child is shot per day in the US. There is clearly an epidemic happening here.

We at the Clarion do not approve of these bills. While guns are not evil, they can be easily misused. Legislation created regarding gun control should either stay the same or become stricter, not less regulated. 18 years old is simply too young to have a gun; that’s the average age of a senior in high school. If they are not old enough to drink, gamble or even rent a car, they are not old enough to carry a concealed weapon.

In the future, we hope to see more strict gun control laws proposed. We hope that Governor Evers will veto these bills, and take action like this in the future as well.