Watching subtitles is the way to go 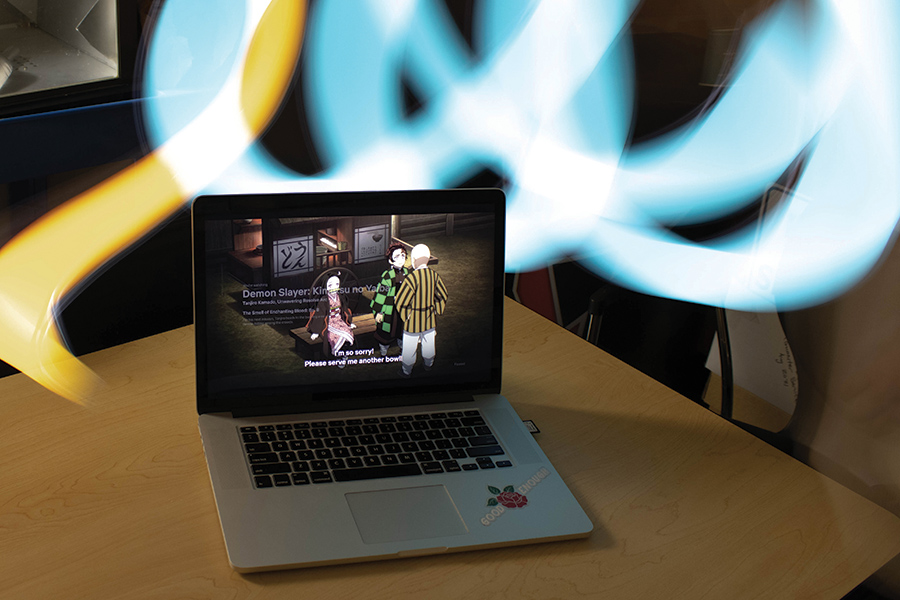 Photo of a subtitled version of Demon Slayer on a laptop.

There’s one question that divides foreign film watchers like no other and that is “Do you watch sub or dub?” This often gets met with immediate defensiveness and righteous anger. Of course, everyone has their own reasoning to their preferred method, but subbed is the way to go.

Oftentimes, a lot of important dialogue is changed when it’s switched to English. Translators are often overworked and underpaid which can result in some meaning lost in translation.

While this has been happening for a while, a recent occurrence of this is with the Netflix hit, Squid Games. Even though the English subtitles aren’t perfect, the dubbed version has repeatedly been said to portray the characters less accurately.

Another important thing lost when watching dubbed versions of media is the talent. The original actors were chosen because the director believed they best embody the character. Inflection and tone has been carefully portrayed with the best takes being put into the final product. There is casting and hard work that goes into the dubbed voiceover as well, but it’s not to the same extent.

Some studios don’t even hire voice actors of the same race as the original actor, which can cause for a very different character portrayal.

Reading subtitles can be exhausting for some  it’s become second nature to me. Even when I watch something in English, the subtitles stay on.

For some reason, it’s harder to hear the words if I can’t see them…I’m sure there’s others who relate.

However, I do sympathize with some of the arguments for dubbed versions. It can be easier to multi-task that way. Especially for people who are busy and only get the chance to watch something while doing housework or homework, I understand why dubbed would be preferred.

Even so, subbed will always be the best way to watch foreign media. If you’ve always watched dubbed, I encourage you to give subbed a try.

Like Boon Joon-ho, director of Parasite said, “Once you overcome the one-inch-tall barrier of subtitles, you will be introduced to so many more amazing films.”