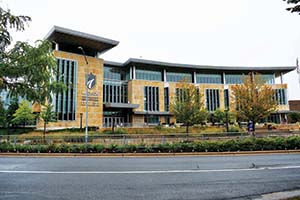 This is my first year at Madison College. So far, I’ve loved it. Before coming here, I was attending a private, Catholic four-year college. There are understandably many differences between the two. I personally think that going to a two year college is better than going to a private college, and there are a few reasons why.

Housing was difficult at both schools. At my old school, it was a nightmare every year. Because students are required to live on campus all four years with very few exceptions, the housing was always full to the brim. Seniors and freshman got priority, so juniors and sophomores would stress about it for at least a month before and after. The housing for singles was awful, but finding a group of four or more people was challenging as well. Every dorm I lived in smelled bad, and heating systems didn’t work well. Madison College doesn’t have any dorms, which can be challenging when first searching for housing. They both have their downfalls, though I prefer the housing situation at Madison College.

The classes are different at both schools. At my last college, classes were either Monday, Wednesday, Friday or Tuesday and Thursday. There weren’t any other options. Most classes were in the day, though I did take a couple evening classes. Here, I have NO Friday classes. I couldn’t believe it! Zero Friday classes?! I much prefer having my classes earlier in the week so that I can have the weekend for seeing friends, doing homework and working.

There’s an entirely different culture around school as well. Going to such an expensive school meant that many of my peers there did not care deeply about their education; their parents sent them there and fully paid for their degree. There was a lot of judgement based on major and classes one took even in high school.

Students looked down on junior colleges, and made fun of them constantly. I couldn’t go one week without hearing a joke or judgement about either a junior college or someone less economically privileged than the majority of the school. When I talk to my current classmates, everyone is excited to be in college. They have a drive and a purpose for school, though we all come from different walks of life.

Another difference is the diversity at both schools. This four year school was predominately white, religious, rich, cisgender, straight and able bodied people. I could count on my hands the amount of people in my classes who didn’t fit into those standards.

A lot of people were close minded and prejudiced, whether it was purposeful or internalized. It was difficult for me to be around so many people who were the same and had no intention of changing or listening to others.

Being at Madison College, I see people who are different from me constantly. At the same time, it’s been incredibly easy for me to find people who are similar to me. That was hard at my last school too. The diversity here is much greater, which results in a better experience for everyone who allows it to enrich their life.

I like Madison College much more than my last school. All these things added up to make a pretty miserable experience for me. I made friends there that I miss, but there were so many other things that were horrible about going to school there. Hopefully things will change at private institutions in the future to make them more inclusive for everyone.