Expensive engagement rings not worth their shine 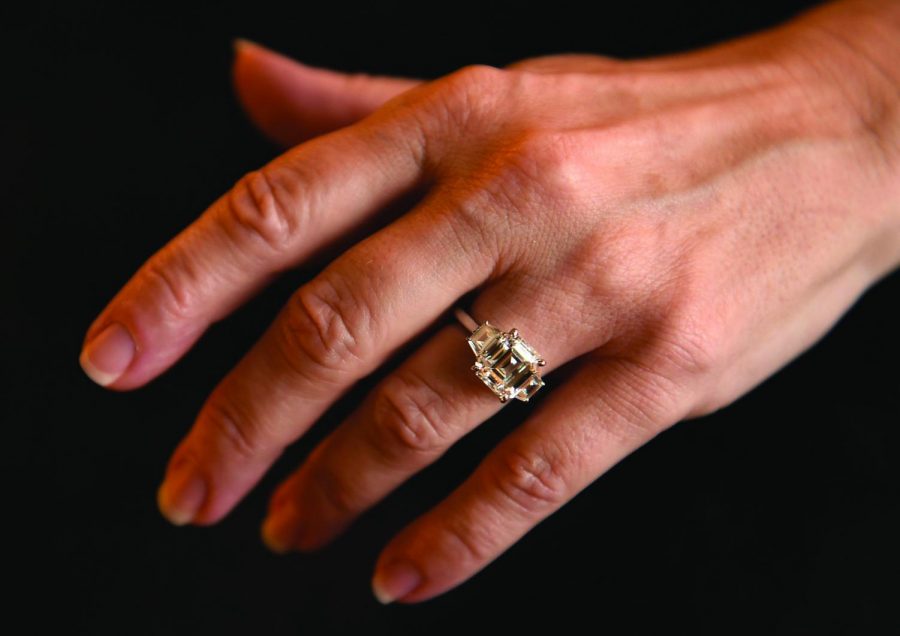 Ever since I was young, I never cared for jewelry. Even now, I don’t wear jewelry that often; only a necklace on a special occasion. One thing I will never understand is the appeal of a diamond ring. Why would you want to spend two months of your salary on a ring? What’s the purpose? What’s the appeal?

One of the main reasons diamond rings are so popular is because of the world’s leading company in diamonds, De Beers Corporation. De Beers originated in Africa in the late 1800s, and soon after became an international corporation. When they finally came to America, they launched an advertising campaign in 1938 with the slogan “A Diamond is Forever.” This campaign, along with the idea that the ring should cost two months’ salary, was essentially a way for De Beers to scam people. As the former chairman for De Beers company, Nicky Oppenheimer said, “diamonds are intrinsically worthless.” Let me explain why.

Up until the early 21st century (yes, less than 20 years ago), De Beers was a monopoly. But they are still one of the world’s leading resources for diamonds. “But diamonds are rare!” you say. No, they are not. The De Beers company is sitting on diamonds to exploit you for money. They jack up the prices of diamonds simply to get the most possible amount of cash and there are a lot of people that don’t blink an eye or ask “why are they so expensive?”

While I can understand paying for someone to shape and design a diamond ring could cost a pretty penny, it’s definitely not $4,000 worth. I don’t know about the rest of the student body, but I could pay for two semesters with that amount of money.

I’m glad to see that the diamond industry is getting frustrated at millennials. I don’t want to go in too deep, but a large portion of millennials (and gen x now too), can’t afford something that expensive. The cost of living has been on a continuous incline and the average wage has stayed stagnant.

But those who can afford to spend $4,000 on a rock (congratulations on having money!), why do you do it? Did you purchase this chunk of carbon because it was the “norm”? For those of you who have purchased an engagement ring, how does it feel to be duped? Was it worth it?

While my thoughts could be considered “untraditional,” I don’t care. We live in times where tradition is changing. We are in a new age, and that age means less spending money on a diamond ring that loses at least 40% by the time you walk out of the store. I also prefer to spend my money on experiences versus menial things, such as a worthless rock. But if you want to purchase a $4,000 ring or if you want to receive one, you do you.