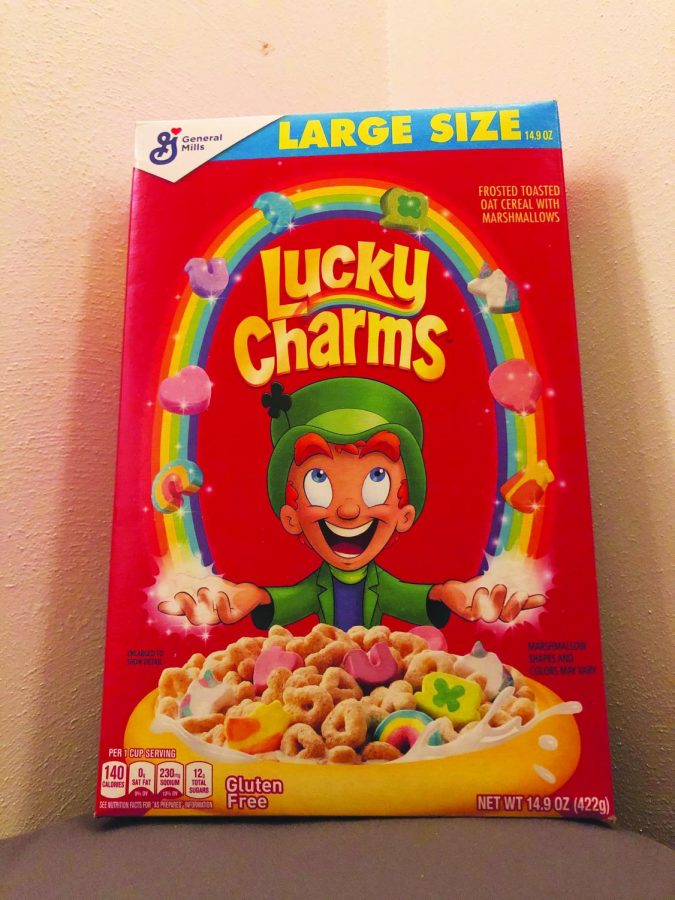 Eating Lucky Charms involves a certain strategy according to The Clarion's opinion editor.

You are supposed to save the Lucky Charm marshmallows for last. It never even occurred to me that people would eat them in any other way. Whether it’s the name brand or one of the knockoffs like Marshmallow Mateys, the idea stays the same.
What’s the point of having those sweet bites totally overtaken by the taste of the stars? My whole life, I have been on Team Save the Marshmallows for Last.
Recently, I decided to conduct more research into this topic. See translation: I’ve only eaten Marshmallow Mateys for the past week…oops.
I experimented with eating them both ways. Eating it as if it was the same as any other cereal was an absolutely joyless experience. I couldn’t even taste the marshmallows! If that’s how you eat them, where is the joy?
However, the marshmallows are meant to be saved for last. Growing up, I always felt like the stars were the “healthy” part, so being able to eat the marshmallows was like dessert. While now I realize it was all unhealthy the whole time, the marshmallows do feel like a special treat after munching on the plain stars.
While it can be tricky to avoid eating the marshmallows, it is worth it. They like to stick to the underside of your spoon or hide in a pile of stars. While it takes more time to pick around the marshmallows, it provides for an even sweeter final bite. Something about having to work for it first makes it even better.
Although there is one con about saving the marshmallows for last. The milk turns a weird green color. Imagine what Jabba the Hutt’s spit would look like and that’s what’ll be left in your bowl.
Next time you have some Lucky Charms on hand, try saving the marshmallows for last. In a society where we crave instant gratification, test your limits and expand your horizons by trying it out this way.