Sports have always been political 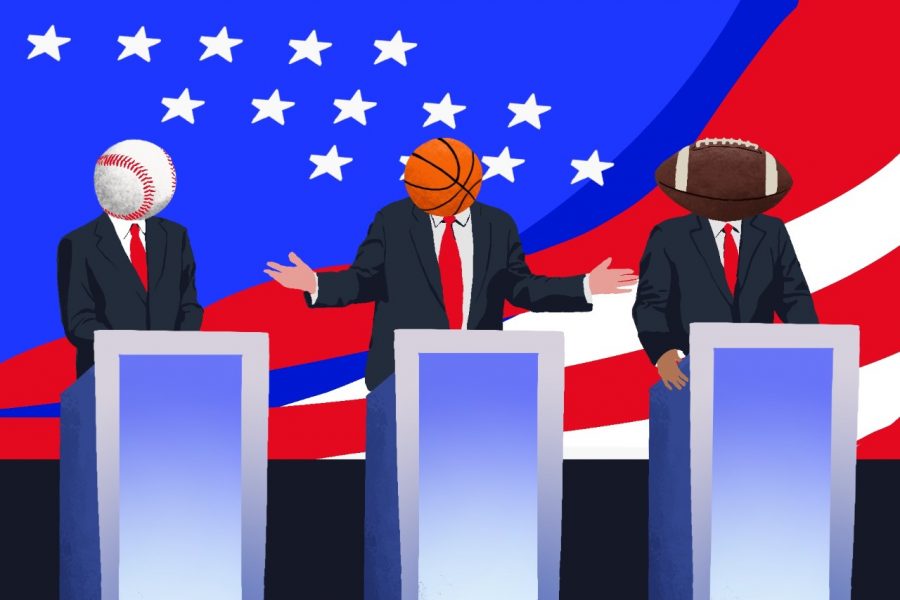 People who say there shouldn’t be politics mixed with sports are lying to themselves. Politics and sports have been intertwined for a long time.

Throughout history, sports have been used in a political manner. Entire groups of people have been discriminated against in the name of athletics. As early as the 1908 Olympics, entire teams have chosen to march without their flag to protest what their country was doing or how they were being treated. Israeli Olympic athletes were killed in 1972 simply for being Israeli. Women, Black, and Irish, among many other athletes had to fight to their right to be accepted into the sports world.

Now that athletes have been using their platform to speak out against police brutality and institutionalized racism, fans have started to leave sports en masse.

When Colin Kaepernick first knelt for the National Anthem in 2016, fans were outraged. When he got a Nike sponsorship, many people burned their Nike gear in protest. There was mass anger when the NFL announced that it would play “Lift Every Voice and Sing” before some games. Many took offense when the Milwaukee Bucks started a widespread NBA strike by not competing to bring attention to Jacob Blakes shooting in Kenosha, WI.

These are the kinds of things that are making die-hard sports fans complain. They blame “politics” for ruining their beloved game.

The people who say they don’t like how political sports are should be frustrated with President Donald Trump for his contribution.

On Sept. 16th, Trump tweeted “Great News: BIG TEN FOOTBALL IS BACK. All teams to participate. Thank you to the players, coaches, parents, and all school representatives. Have a FANTASTIC SEASON! It is my great honor to have helped!!!”

During a post UFC match interview, Trump called fighter Colby Covington. Just before Trump called, Covington was criticizing Joe Biden and LeBron James. Trump told Covington how proud he was and that he looked forward to seeing Covington.

So where’s the outrage against him bringing politics into sports? Where’s all the angry Trump supporters burning their Make America Great Again fan gear? Where’s people saying, “Way to make football all about yourself instead of the game and also patriotism, count me out!!”

People have been using sports for social commentary for years. Let athletes use the field and the court for standing up for what they believe is right.