Try being blunt and bold 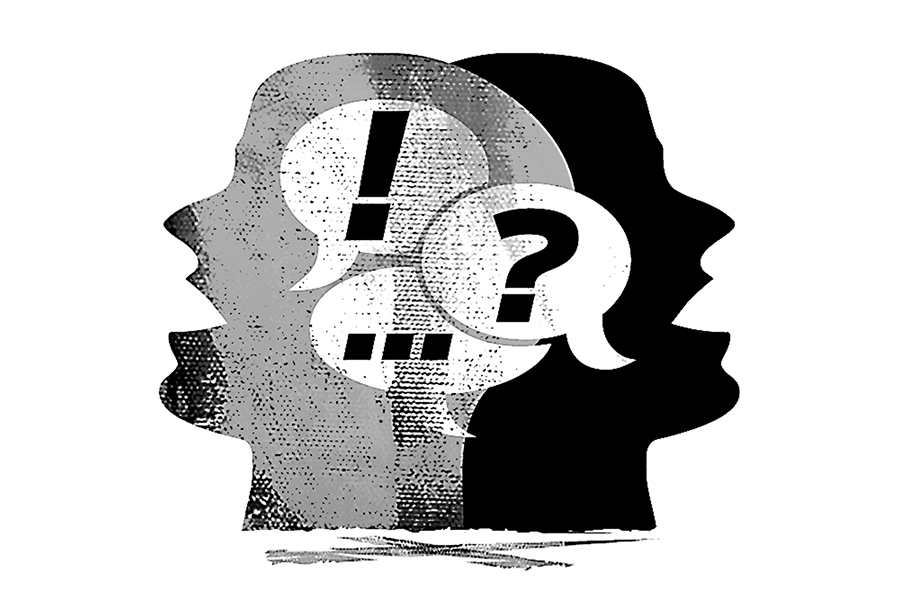 300 dpi Mike MIner illustration of two men of color conversing; can be used with stories about ethnic issues, ethnic studies. The Chicago Tribune 2010

Technically, the phrase politically correct is used to describe language, policies, or measures that are intended to avoid offense or disadvantage to members of particular groups in society.

From my experience, it’s a way for the “educated” to talk amongst each other in a way that the “non-educated” don’t understand.

The reason being politically correct became so important in today’s society was to avoid offending people.

But when you unpack some of the words that politicians are using, you notice that they are simply stating their racist or sexist views in a different way.

We live in a society where it is very hard to be explicit, even if you have facts to back it up. People get uncomfortable and offended, but how are we supposed to move forward as a nation if we are always comfortable and beating around the bush?

In today’s political environment, we have very extreme views on both sides of the spectrum. We see fewer and fewer people in the middle, and, as a nation, we have a hard time doing things to truly benefit the middle to poor class.

How does this tie into the way we talk?

Well, we hear representatives saying, for example, how our Latin-X community needs help teaching children to speak English and basically conform to the lifestyle they believe is right. The way they are saying it is “politically correct,” so they don’t get called out for essentially saying that Spanish is not as acceptable as English and to be a real citizen you must live the way they want you to.

America is supposed to be known as the world’s melting pot. Every culture should be valued here. Yet we hear the government telling new immigrants that they either learn their way or no way.

This is also frustrating to the people who are less educated because being “politically correct” most likely means you have gone to college for four plus years and graduated with a bachelor degree. Most minorities today do not have the opportunity to get a higher education, which means their voice is less valued.

We see this trickle down in society, where someone’s voice is more important because of the words they use.

If you were to ask minorities their views on how systems are in place or maybe how they view society, I am sure they have an experienced answer behind them.

What is the difference between me saying, “Why are we only seeing white people on the popular TV shows and no black people?” or saying “In our mainstream media we have noticed a lack of representation of diverse cultures.”

Words matter, but when we use language to continually oppress people with less opportunity it makes matters worse.

We should be moving towards a society where we can say what we mean, and mean what we say in a respectful manner. We need confrontation, we need to be uncomfortable, and we need facts to be progressive.

So no, we don’t need to be politically correct. We need to be blunt and bold and give the less-privileged people a true opportunity to share their voice and experiences without seeing them as less educated or less competent.