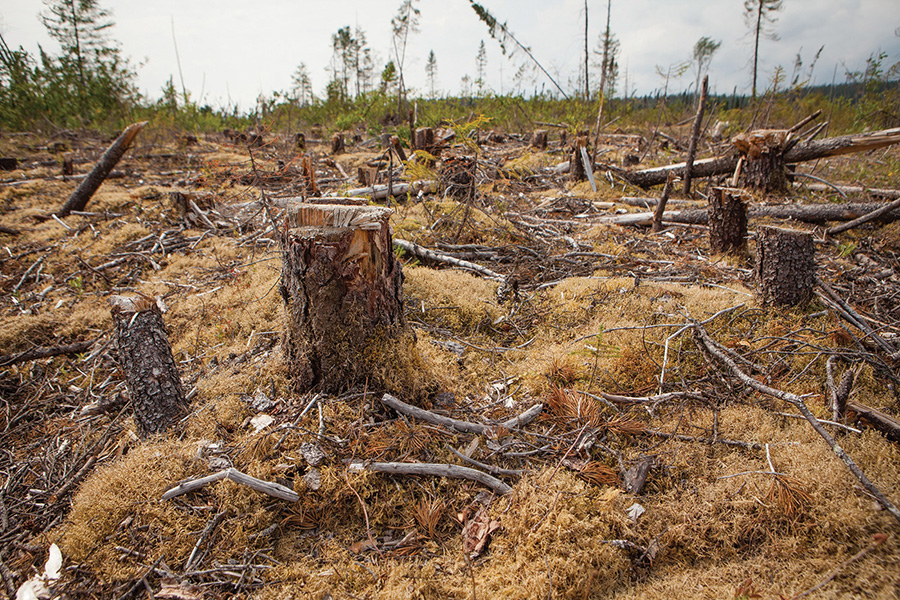 A clear-cut forest in Cree territory in northern Quebec.

Global warming has been a debate for years. What it is, how to fix it, and whether or not it’s really a danger to people.

What is global warming? Global warming is a term used to describe the worldwide heating of the planet’s surface, caused by heat from the sun being trapped within our atmosphere.

This  process increases in intensity when large amounts of carbon dioxide and other insulating gasses (also known as greenhouse gasses) are abundant in the atmosphere.

As stated before, the primary cause of global warming is increasing amounts insulating gasses. Many things we use and do produce carbon dioxide: cars, planes, heating and cooling our homes, the animals we consume, even our very breath releases emissions into the air. While that might not have been a problem in the early stages of progress, our increased consumption of natural resources (without replacing them) has done some serious and permanent damage to the planet.

One of the most tangible causes of climate change is deforestation. The Earth loses 18.7 million acres of forests per year, which is equal to 27 soccer fields every minute, according to the World Wildlife Fund (WWF). As we all know, trees are one of the biggest sources of atmospheric carbon dioxide removal, so you can imagine the devastation deforestation would have on the climate in this world of high consumption. Deforestation also leads to a decrease in wildlife populations as that forest or tree was their habitat. Without anywhere to live, animals migrate, moving to other areas and disrupting other ecosystems.

Thankfully, however, there are ways to work against global warming in everyday life. We’ve all heard the basics, plant a tree, recycle, take shorter showers, go vegan, but modern technology is creating a few extra ways in which you can reduce your personal carbon footprint.

Graviky Labs is currently in the late stages of testing their newest device called the KAALINK unit. An attachable accessory that goes over your car exhaust pipe, and captures approximately 99 percent of your methane emissions and convers the carbon into Air-Ink. Air-Ink is a safe, printable form of ink that not only reduces the carbon footprint, but also reduces air pollution in cities and heavy traffic areas.

Now, the system doesn’t convert the carbon into ink on its own. The unit, once full, is sent back to Graviky Labs to be converted into Air-Ink. Just half an hour of carbon emissions can make enough Air-Ink to paint an entire pair of shoes. The ink can even be used on T-shirts, posters, walls, anything a normal dye would be used on. However, it does only come in black.

Additionally, researchers at Michigan State University have created transparent solar panels. These panels are embedded with salts that absorb infrared and UV wavelengths; known as the transparent luminescent solar concentrator, which transforms these into wavelengths that traditional solar panels can absorb. The panels absorb these wavelengths, then push them to the outer side of the panel, where thin black strips of the cells used by traditional solar panels convert them into electricity. The panel allows visible light through, making this the idea material to replace windows in homes or public buildings.

This next one comes from a surprising source. Saltwater Brewery in Delray Beach, Florida, has developed and implemented 100 percent biodegradable and edible beer can rings. These rings are made from barley and wheat ribbons left over from the brewing process and are safe to eat for both animals and humans. Brewery President Chris Gove notes, “We hope to influence the big guys and hopefully inspire them to get on board.”

Speaking of the big guys, let’s talk about them. No matter how hard a person tries, they will never have a carbon footprint quite as big as a city or country does on a daily basis.

The City of Kwinana, Australia has come up with a solution to their physical waste issue – nets.

In 2018 nets were installed at two Henley Reserve locations to catch waste from drainage systems within the city, particularly in areas where road drainage is discharged into public open spaces and reserves. Already, 370 kilograms of debris consisting of food wrappers, plastic bottles, sand and tree leaves was cleaned out of the nets. Three more locations have been identified as suitable drainage points for further nets to be installed.

Portland, Oregon, has initiated the “Conduit 3 Hydroelectric Project,” in which Portland has replaced a section of its existing underground water supply network with Lucid Energy pipes containing four 42-inch turbines. As water flows through the pipes, the turbines spin and power attached generators, which then feed energy back into the city’s electrical grid.

With all of these new technologies and recycling techniques, global warming may someday be a thing of the past.