Black history should be taught 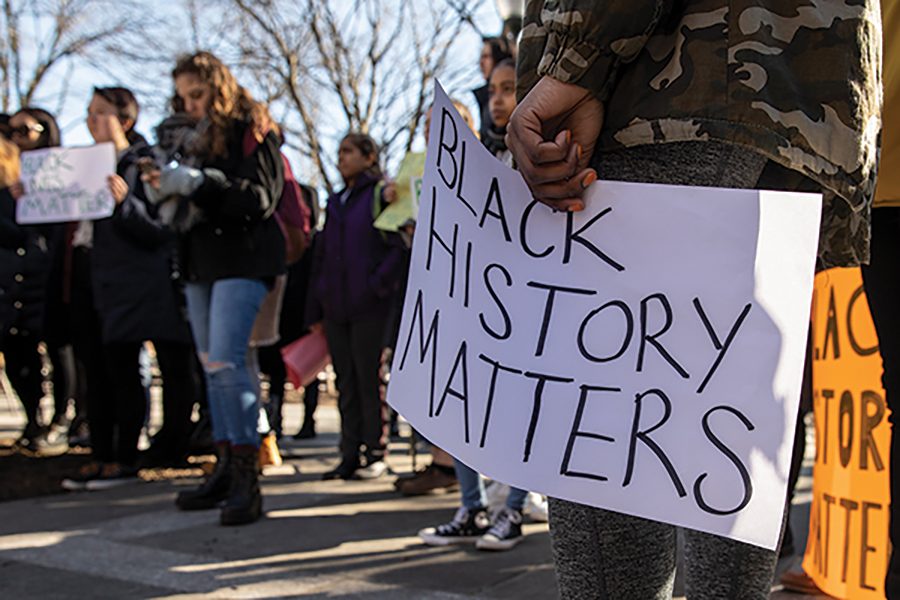 University of Pennsylvania students gather on campus in solidarity with dining hall workers. The students and workers are upset that the workers couldn't serve food related to Black History Month this year.

Black history month is more than just recognizing Dr. Martin Luther King Jr., Malcom X, or Rosa Parks. It is about praising all black people in history who made a change that made our present society functional.

You would think that public schools that have a large minority population would take some more measures.

I work at an elementary school with a majority of kids of color, and one day I asked one of my students if their class has highlighted black history month at all and she gave me a look of confusion. So I went to my supervisor and asked if she knew if they were doing more for black history month and she said “well they make announcements in the morning recognizing black people in history, if that makes you feel better.” But that just made me feel worse.

Why should an announcement over the loud speaker be enough? Why is reading a book on the three to five most popular black activist enough? It’s not enough. I know that schools have so much to go over in such little time but why does that mean sacrificing the ethnic history for a lot of these kids.

After that I got a little more curious about what was going on for black history month, so I went to the family liaison at the school and she told me that a few classes talked a bit about black history and a group of kids were very interested and took their own time to do more research on the Emmett Till case.

Kids want to know their own history but most of it is hidden from them. Is it hidden because it can just be too much, or do they not really support the community that most of these kids come from?

I think it’s so important that we teach kids all these things because when something is connected to you it makes it easier to learn. Learning their own history can also shape their lives in a way that is unimaginable. If you know history, the less likely it will be repeated. If we keep burying all the things that black Americans have done, more anger and confusion will come.

Exposing kids to the challenges they might have to go through just because of the color of their skin could be motivating for them to work harder.

Once slavery was over African Americans had to learn for themselves the white way and so the stereotype that black people are dumb is created. Kids think that if they are colored that they are just not as smart compared to maybe the white or Asian kid sitting next to them. But they don’t even know why. History explains why this stereotype is created in the first place.

After realizing that the school was not going to do more and there is so little time left, I took it upon myself to print out some interesting black historians for my students after school.

As the month of February continues into March, I hope we don’t limit ourselves to educating our kids of color about their history. They deserve to know, and the black community deserves the praise for all the amazing progress and paths paved for the future of the colored community.