Does a passion for fashion create waste? 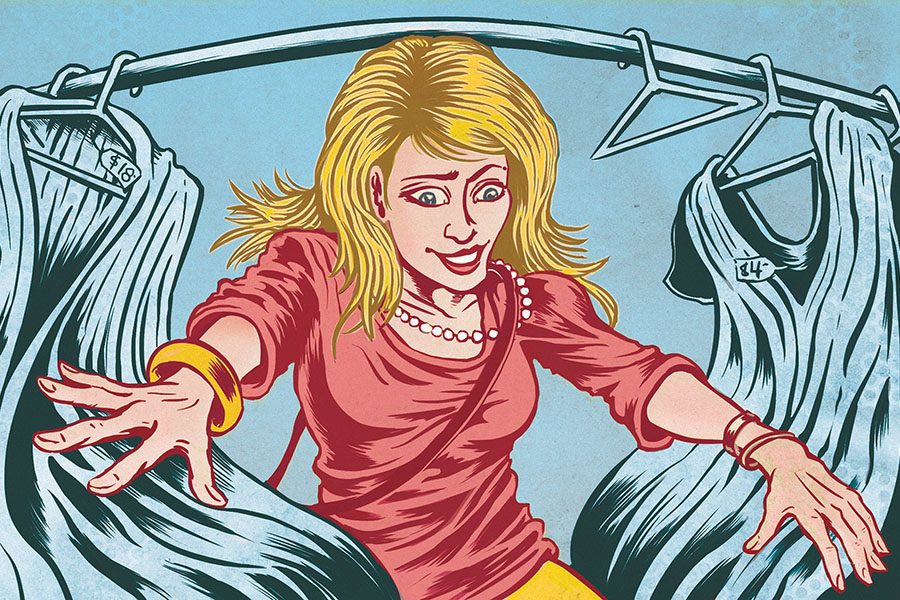 When our own federal government is ignoring the deterioration of our environment, it’s important we take matters into our own hands. You can recycle, buy less plastic, and overall try to become more conscious on the purchases you make, but there are some items you may not even realize have such a large impact on our landfills — it’s our clothes.

Fast fashion overruns our buying habits. With more access and low-end prices, it feels like an easy reach.

Many companies that run this way fall into a system that meets desires instead of the needs of the population. The clothes are produced poorly and fall apart quickly, making the need to rebuy that much higher.

According to the nonprofit organization Remake, in the U.S, only 10 percent of donated clothes get resold. While donating is still better than throwing away completely, it makes you wonder what changes can be made to not fill up landfills with trendy-at-the-time items that contaminate our soil and water.

In a year alone, 12.8 million tons of clothes are distributed to landfills in the U.S. Or a 14-foot-deep swimming pool the size of a football field. Everything about the unregulated business of fast fashion is slowly ruining our environment.

The biggest issue is that it’s increasingly getting worse. By 2030, the “fashion industries CO2 emissions are projected to increase by more than 60 percent,” according to Remake.  That will leave us with 2.8 billion tons of clothes in landfills.

Even its production is destroying our planet.

It takes nearly 2,720 liters of water to make a t-shirt. Or how much the average person consumes in a year. Water shortages in areas of fast fashion production, like China and India, are expected to get worse by 2030.

The reality of it all is that these cotton producing countries will have to decide between growing the cotton or having sustainable drinking water.

As well as destroying much of our environment, fast fashion runs inhumane practices. About 75 million people work to make the clothes that are sold. Of them, 80 percent of garment makers are women between the ages of 18 and 24. As stated by Remake, we “trap a generation of young women into poverty.”

Some workers begin as young as 14 years old in the industry. They all then go on to work strenuous 14+ hour days in the terrible conditions that sweatshops tend to abide. Along with all this, they work on drastically low wages, often receiving less than $3 a day for their labor.

Just to give you some sense of perspective, it takes about 18 months for someone who actually makes the clothing to earn what the CEO of one of the fast fashion companies does during their lunch break.

As consumers, we have the ability to change the inevitable negative outcomes that fast fashion brings.  Spending our money on clothes from ethical brands shows business where we stand as consumers. Every decision we make leaves an imprint on the planet, and since so many choose to ignore the damages that are occurring, it’s time we take a stance for the good of ourselves and our planet. After all, it’s the only one we’ve got.