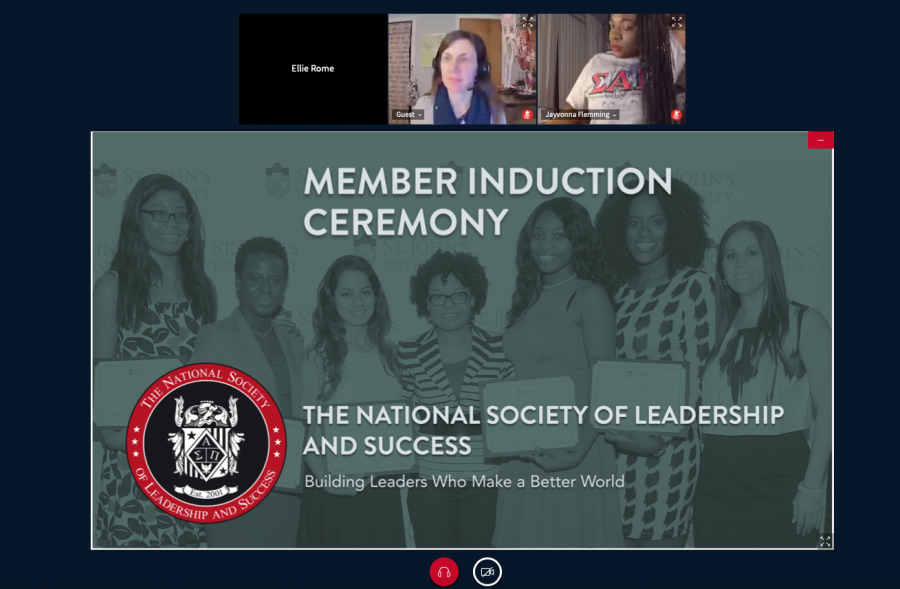 PHOTOS PROVIDED TO THE CLARION

Screenshots from the NSLS induction ceremony.

The Madison College chapter of the National Society of Leadership and Success (NSLS) inducted a record-setting 51 students into the society during a ceremony held on Tuesday, Dec. 1.

The inducted students completed a leadership development program during which they explored their leadership style, created their vision for the future, set goals, and participated in small group discussions to hold each other accountable to achieving their goals.

The Induction Ceremony was held virtually, with students and their guests participating in the celebration. During the ceremony, two Madison College employees were recognized for their commitment to student success. Sharon Holthaus, instructor in biology, received the Excellence in Teaching Award. Brianna Stapleton Welch, student program advisor in Student Life, received the Excellence in Service to Students Award.

Rebekah Higgins, one of the students being inducted, recorded a speech that was shared at the ceremony, in which she talked about attending an NSLS ceremony with a friend in 2017. Seeing her friend speak at that induction ceremony inspired Higgins to enroll at Madison College and join NSLS. Higgins will be graduating from Madison College this semester with a degree in Human Resources Management.

The following students were inducted into the National Society of Leadership and Success during the mid-year ceremony: