Virtual walk encouraged people to create their own 2-mile course 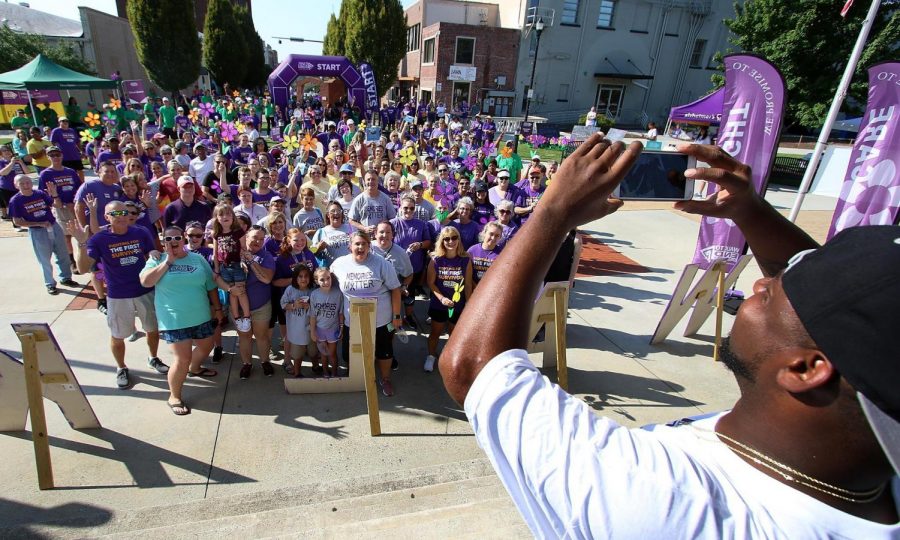 Each year, about 600 communities around the United States participate in the Walk to End Alzheimer’s. On Sunday, Oct. 4, the event took place in Dane County.

Unlike past years, the roughly two-mile walk did not occur as a group gathering on a pre-determined course. Rather, participants were encouraged to walk around their own neighborhoods. Additionally, there was a promise garden at James Madison Memorial High School. In place of flowers, the garden used color-coded pinwheels in order to indicate each walker’s reason for participating. The white pinwheel, of which there was only one, represented the future first survivor of Alzheimer’s. Still, with the feeling of community that walkers typically have during the event missing, the ultimate goal remained in sight – to fund Alzheimer’s research, care, and support.

Karen Wheelock is a volunteer coordinator at Agrace Hospice. With a background in dementia care and qualification as a Certified Dementia Practitioner, she has fundraised for the Walk to End Alzheimer’s since 2012 – the year her own mother was diagnosed with the disease.

In the eight-year period since her first walk, Wheelock states that not much progress has been made in finding a cure. Instead, emphasis continues to be placed on factors such as exercise, diet, and mindfulness in order to fight off the progression of Alzheimer’s.

Still, Wheelock believes that the event has improved awareness of the disease. This has led to more dementia cafes, personal and professional training opportunities, and dementia friendly communities, businesses, and organizations.

While loved ones and sufferers of Alzheimer’s have to continue to look to the future for a cure, the Walk to End Alzheimer’s allows participants to make a difference within a supportive community.