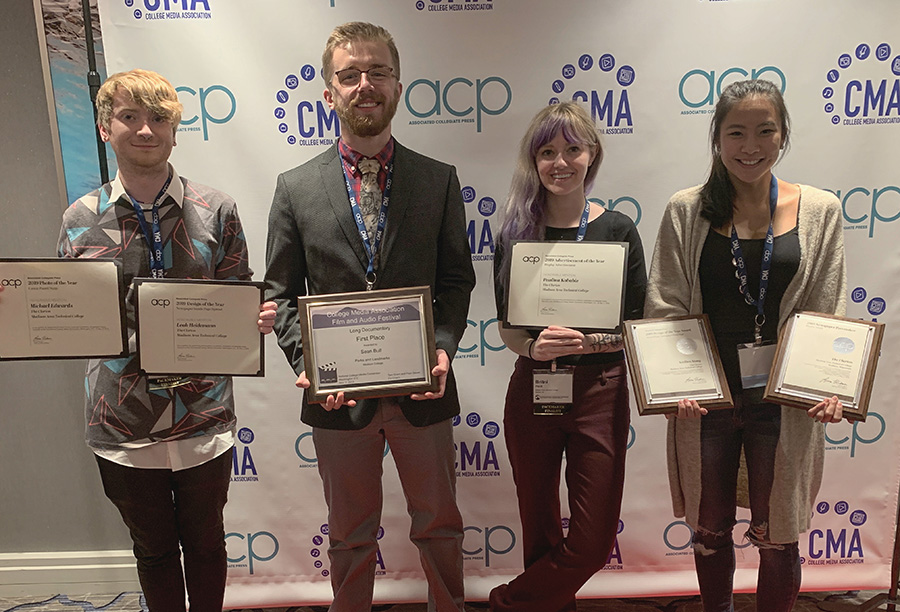 The Clarion was honored as a Pacemaker Finalist for the second straight year during the National College Media Convention held by the Associated Collegiate Press in Washington, D.C., Oct. 31 through Nov. 3.

The award was one of nine received by members of The Clarion staff at the convention. Considered to be the highest honor in college media, the Pacemaker is presented to news outlets that set the standard for others to follow.

A total of 41 newspapers were Pacemaker Finalists, including nine from two-year schools.

The Clarion has won two Pacemaker Awards in its history, most recently in 2013.

The eight other awards the newspaper received at the convention were a mix of individual and staff awards.

Video production manager Sean Bull brought home two awards. He placed first in the long-form documentary category of the College Media Advisor’s Broadcast Contest, winning for a story on the “Rock in the House.” His news video on the B-Cycle station at Madison College took second place in the Best of Show Video News competition.

The newspaper’s website received a fifth-place Best-of-Show Award, while the newspaper placed eighth among two-year college newspapers for its Oct. 16, 2019, edition.

Two other students received honorable mention recognition in the Pacemaker contest. Michael Edwards was recognized in the cartooning category for his “Frank and Frog” cartoon strip, while Paulina Kababie was honored in in the display advertising category.