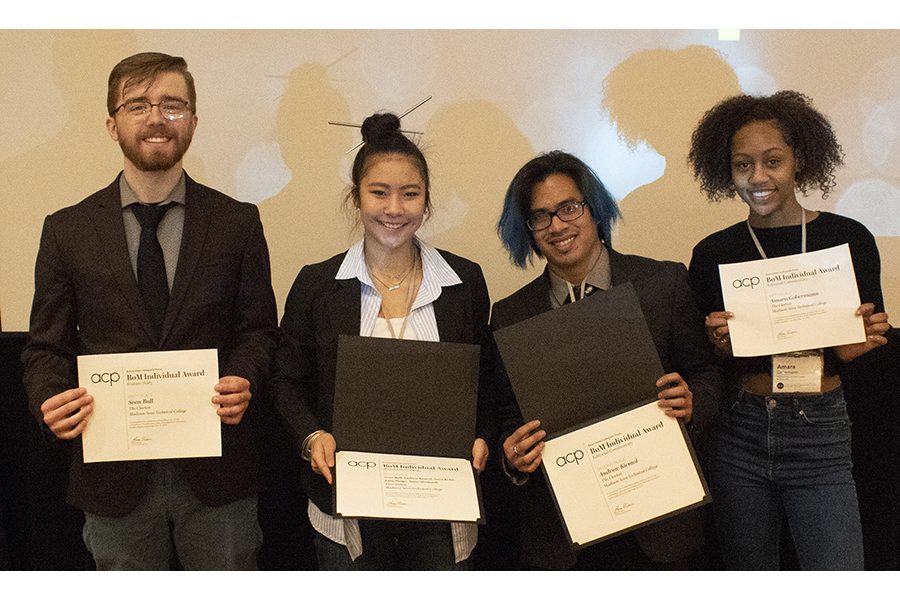 Seven awards were presented to The Clarion at the Associated Collegiate Press Best of the Midwest Newspaper Convention in Minneapolis on Feb. 17.

Madison College’s student newspaper won first place best of show for two-year college newspapers. The Jan. 23 issue of the newspaper featuring articles and photographs about the college’s new rooftop solar array was the one entered.

Four individual awards were presented to members of The Clarion staff.

Kicmol took a second-place  best of show award in the editorial/commentary category for his editorial encouraging students to support the textbook referendum.

Amara Gobermann won a fifth-place award in the same category for her column about the impact of stereotype threat.

Finally, Sean Bull won a sixth-place Best of Show award in the feature writing category for his review of the movie, “First Man.”