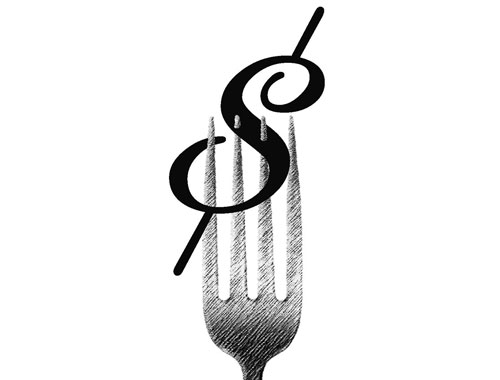 On Nov. 9, a new Wisconsin law took effect that requires applicants for welfare to participate in drug screening and testing. Soon this policy may also apply to those who receive assistance through Foodshare, Wisconsin’s food stamp program. Implementing the program may be a challenge because similar laws in Florida and Georgia have been ruled unconstitutional.

Public assistance programs like welfare are federally funded through the TANF (Temporary Assistance for Needy Families) block grant, which was part of a welfare reform package passed in 1996. The language of the grant allows for drug testing of applicants and bans anyone convicted of a felony drug charge from receiving benefits. TANF funds the welfare program in Wisconsin, but the Foodshare program is funded by SNAP (Supplemental Nutritional Assistance Program). According to a statement issued by the USDA, federal law prohibits states from imposing additional eligibility criteria on applicants or recipients of SNAP benefits.

In May of this year, Governor Scott Walker proposed a bill requiring that anyone applying for public assistance be required to complete a screening questionnaire for illegal drug use. Those deemed at risk would be drug tested before benefits could be awarded; a positive drug test would have resulted in denial of benefits and referral to a free treatment program paid for by the state. This bill was included in the proposed 2015-2017 state budget.
When Walker signed the budget in July, immediately before announcing his presidential bid, he vetoed a total of 107 items, including a provision that would restrict drug testing to instances where there was a “reasonable suspicion” of drug use. Walker stated at the time that he felt the administrators of the program should have “no limits” on their ability to require drug testing. The provision that would have paid for drug treatment programs was also removed.
“I don’t like it,” said Madison College Student Dom Diamante. “It illustrates how a lot of politicians today are so eager to prove that welfare recipients don’t deserve the support they receive…and they’ll do anything in order to prove that.”

Walker spoke of his accomplishment on the campaign trail, stating, “In Wisconsin, we enacted a program that says that adults who are able to work must be enrolled in one of our job training programs before they can get a welfare check. Now, as of the budget I just signed, we are also making sure they can take a drug test.”

Madison College student Zoe Wieman says, “This seems like it was meant more as a political statement than an honest effort to administer any of these programs more effectively.” Similar laws have been ruled unconstitutional by federal courts, a fact of which the Walker administration is well aware.
Two days after the budget was signed, District Attorney Brad Schimmel filed a lawsuit against the federal government on behalf of the state, asking the USDA to allow drug testing of SNAP applicants and recipients. This was a preemptive move by the Walker administration, in anticipation of federal interventions like those that shut down programs in Georgia and Florida.

In an interview with The Huffington Post, U.S. Agriculture Secretary Tom Vilsack said, “Governor Walker hasn’t read the law. It’s always a good idea before you start litigation to understand what the law is.” With the outcome of the lawsuit still pending, the program in Wisconsin currently does not include SNAP recipients.

Florida Gov. Rick Scott signed a law requiring drug testing for state employees as well as welfare recipients, but it was ruled unconstitutional by a federal court in 2013. The ruling stated it was a violation of constitutionally protected rights against unlawful search and seizure, and the decision was upheld by the District Court of Appeals in 2014. Following the ruling, several other states implemented similar laws. In Arizona, of the 108,000 people tested between 2011 and 2014, only two people were denied benefits based on a positive drug test.
Those who oppose the new policy raise financial concerns. “I think it is a waste of government funds,” says Wieman, “and this is not something I want my tax dollars spent on.”

Wieman also points out that many employers already require drug testing. “It seems like they’re doubling up on what employers are already doing. It seems like a huge waste of resources.” The statistics seem to back her up.

Some are concerned that the law will stop those in need from applying for benefits and that their families will suffer. Madison College student Natasha Hiebing points out that negative attitudes already exist toward recipients of public assistance: “People on Facebook are talking about it…that people who are on welfare or food stamps are just lazy… people who know they might test positive won’t even try. I don’t think this law will do anything to help the people who actually need it…it targets poor people who are already struggling.”

Diamante agrees, adding, “When people in charge continuously make decisions against the best interests of oppressed and marginalized individuals…the effect on those people’s psyche alone can be vast. It’s hurtful and disheartening…and I think people have had enough.”

“I don’t see how taking resources away from people who are already struggling is helping anyone,” says Wieman.

Regardless of whether the lawsuit is successful or not, Wisconsin residents seeking public assistance will now be subjected to a new level of scrutiny. How this will affect the future of public assistance programs and the budget remains to be seen.