Reluctance to accept refugees worries some 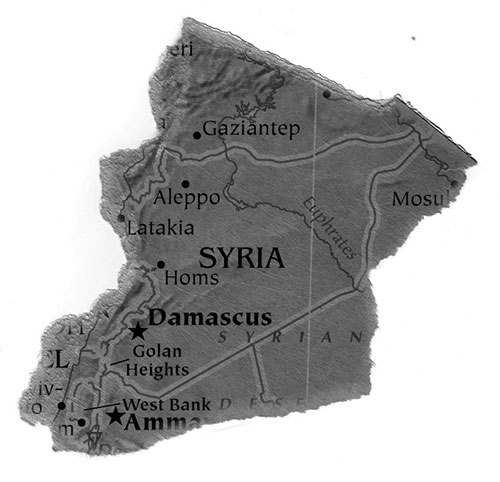 Since the conflicts in Syria began in 2011, 250,000 Syrian lives have been taken, and 4.2 million Syrians have left their homes in fear of persecution, bearing the title of a refugee, fleeing domestic terrorism incited by ISIS.

“They’re surviving,” said Ola Mujanni, Madison College student, about her family back home in Syria. “After four years of this chaos, they simply feel suffocated. There isn’t much to do other than worry. A few of my relatives have passed away from bombings and shootings… But that’s the tragedy isn’t it? They just become another statistic. There’s no escape, even their stories are buried with them,” she explained.

“I came to the United States because my father was sick,” says Ahmad Maktabi, Syrian refugee living in Madison. “The hospitals in Syria are mostly damaged, they don’t have enough medical care.”

Maktabi’s family lives in Aleppo, the industrial capital of Syria, and the small area divided by the Free Syrian Army and the National Syrian Army.

“These are bullets in the windows of the mosque near my home,” Maktabi said, flipping through photos on his phone. He paused when a picture of a smiling little boy came up. His eyes teared as he described the death of his 3-year-old year son, as he fled in fear from a fight between the two armies.

“No one knows, no one understands,” he says about the situation in Syria. “Somebody kills, somebody dies (it’s more than that)…no one knows that the real problem isn’t to fight these armies, but to support the people that live in Syria.”

Maktabi continued and shared the story of a wealthy friend in Syria, who was known for having over 500 kilograms of gold. “Now he makes falafel,” Maktabi shook his head. “If the USA wanted to (help the situation), they could do it … these people don’t have anywhere to go.”

Following the recent attacks in Paris that left 129 dead and over 300 injured, 31 states including Wisconsin, are protesting President Obama’s plan to welcome 10,000 Syrian refugees into the United States in 2016, under the belief that resettling Syrian refugees would be a threat to national security.

Although ISIS claimed responsibility for the attacks, all of the identified terrorists were European Union citizens, with no connection to Syria. Syrian identification papers were found near one of the attack sites under the name “Ahmad Almohammad,” a 25-year old Syrian, however French authorities confirmed that these documents were fake.

Yet, governors continue to fight against the entrance of Syrian refugees under the fear of a similar attack like the ones in Paris, despite the fact that, according to the State Department, Syrian refugees would be amongst the most heavily vetted group of people allowed to enter the United States. Obama vocally expressed shock against the proposition brought out from over half of the United States governors, calling their reactions “un-American.”

According to Reuters, Obama said: “When candidates say, ‘We wouldn’t admit 3-year-old orphans,’ that’s political posturing. When individuals say that we should have a religious test and that only Christians — proven Christians — should be admitted, that’s offensive and contrary to American values,” referring to reporters at an economic summit recently, following backlash from political leaders stating that only Christian refugees should be allowed in the United States.

Since the establishment of the Refugee Act of 1980, the United States has been one of the main countries in which refugees permanently settle, a country priding itself on humanitarian aid and being one of the 28 countries that has agreed to accept referrals from the United Nations High Commissioner for Refugees (UNHCR) in support of refugees.
Since 9/11, nearly 800,000 refugees have been taken into the U.S from all around the world, and only 3 people have been arrested on domestic terrorism charges. 81 percent of ISIS linked suspects in the U.S. are American citizens, none of whom are coming from Syria, according to the newspaper The Guardian.

Germany has registered the arrival of almost 300,000 asylum seekers from Syria this year alone, and expects to receive more than a million asylum seekers by the end of the year, according to the Guardian. Canada has already resettled 3,089 Syrian refugees since last year and recently, the new elected Prime Minister Justin Trudeau has committed to resettling an additional 25,000 Syrians by the end of this year.

“I wish people would understand that engaging in a conversation and asking questions is 9 times out of 10 much more beneficial than keeping quiet and clueless,” Mujanni continues. “…many people don’t know what to do once they find out I’m Syrian. Some become uncomfortable and awkward, not necessarily because they’re scared, although some individuals are, but a lot of people are simply worrying about saying the wrong thing … I will always be proud of my roots.”

Despite Gov. Scott Walker’s statement that no Syrian refugees are welcome in Wisconsin, Madison Mayor Paul Soglin told Channel 3000 that he would welcome Syrian refugees.

The process of screening refugees through multiple departments, including the FBI and the Department of Homeland Security, can take up to two years. Despite disapproval, governors do not have the authority to prohibit refugees from entering the United States; solely the federal government does, according to the Refugee Act of 1980.

While the federal government chooses where to allocate refugees, it’s the job of state refugee agencies and nonprofit organizations within each state to support the resettling of refugees through programs such as English training and job training. If governors decide to cut funding to these programs, Syrian refugees would have an incredibly difficult time adjusting to life in the United States.