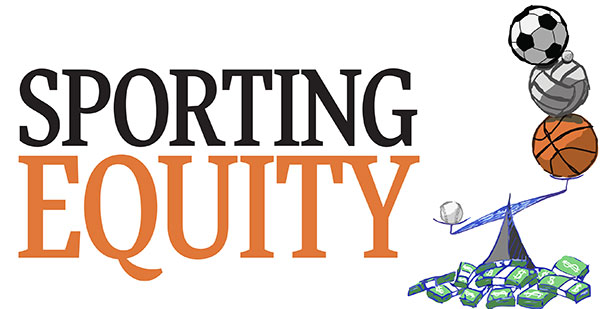 Madison College feels it has a plan in place to address Title IX concerns.

A Title IX complaint was filed against Madison College’s athletic department in the fall semester, but school officials are confident that a plan they have in place will remedy the concerns.

1) The number of female athletes are underrepresented in the college’s athletic programs.

2) More intercollegiate sports programs are offered for men than women.

Title IX is a 1972 federal law that states: “No person in the United States shall, on the basis of sex, be excluded from participation in, be denied benefits of, or be subjected to discrimination under any education program or activity receiving federal financial assistance.”

The U.S. Department of Education’s Office of Civil Rights enforces the law.

Athletic Director Steven Hauser said he has been aware of those disparities and has been working with Vice President of Student Development Keith Cornille to resolve the issues.

“We have been meeting and planning for three years to make sure that we are working towards compliance with Title IX,” Hauser said. “The issue of imbalance of participation is an issue that permeates many state and national institutions.”

The results of the college’s efforts can already be seen. Madison College will hire a women’s soccer coach next year to begin building a team to field in the 2014-15 academic year.

Hauser said that women’s soccer has been a growing sport locally and he expects to be able to field a team. He is completely confident that the new women’s team will bring in enough players to satisfy Title IX requirements.

In most cases college administrators are aware of any imbalances that may exist on campus. However, any person can file a complaint with the Office of Civil Rights if they suspect or know that an institution is in violation of Title IX. That complaint is then designated to a Title IX coordinator who meets with the complainant and works with the institution. Sometimes there are sanctions levied, but often the institutions are able to work toward compliance.

“Budget(s) will always fluctuate some from year to year because of, for example, items such as uniform purchase, bigger ticket equipment items, etc.,” Cornille said.

But for Cornille, there is a desire to satisfy more than just federal requirements.

“Our primary focus is on making sports here an outstanding experience for everyone no matter who is participating. We want every student to have the best experience possible,” he said.

“I don’t know who filed this complaint or why they chose to file it. If they had come and spoken with myself or Steven Hauser, we would have been able to show them our plans for achieving balance here. We could have explained to them that this is something we have been working on together for three years.”

The person who filed the complaint did not specify what he or she wanted Madison College to do in response to the complaint. On the official complaint form, which was provided to The Clarion by the U.S. Department of Education, there is a section asking the complainant what should be done about it. The complainant responded, “Not sure what the options are.”

The complainant has declined to go on record with The Clarion. As of this writing, no sanctions have been levied against Madison College over this complaint.

Still, Hauser fully expects the new soccer team to balance out the disparity in athletic participants. He also pointed out that Madison College plans on moving five sports into Division 2 within the next three years. Such a move would allow those sports to have greater funding including the ability to hand out scholarships.

“We are very confident that we will achieve the appropriate balance after the addition of intercollegiate women’s soccer at Madison College,” Hauser said.