Rise and fall of an empire in a science fiction novel 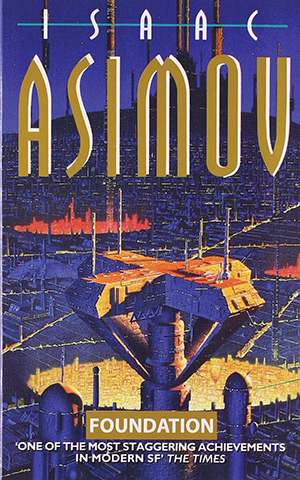 This is the cover of Isaac Asimov's book, "Foundation."

A book I recommend is “Foundation” by Issak Asmove, which is now a show on Apple TV. The book tells the rise of and fall of a galactic human empire and is based off Rome’s fall. The books deal with politics, plots within plots and wars between rival kingdoms.

After the empire falls a dark age falls upon the universe. However, a lone faction of the empire known as the foundation sets out to hold onto the light of reason and knowledge. The books and their themes are similar to “Star Wars” and “Dune.” The books delve heavily into very soul of humanity. It shows the themes of history and how empires rise and fall…something that we see in the real world.

The book deals with a classical view of civilization, how humanity is a constant cycle of history and how some people with will and knowledge can overthrow entire civilizations and start wars like a game of dominos. The books are what all modern science fiction can trace back to. The show is on AppleTV and feels like Game of Thrones in space. Give this fictional universe a shot.