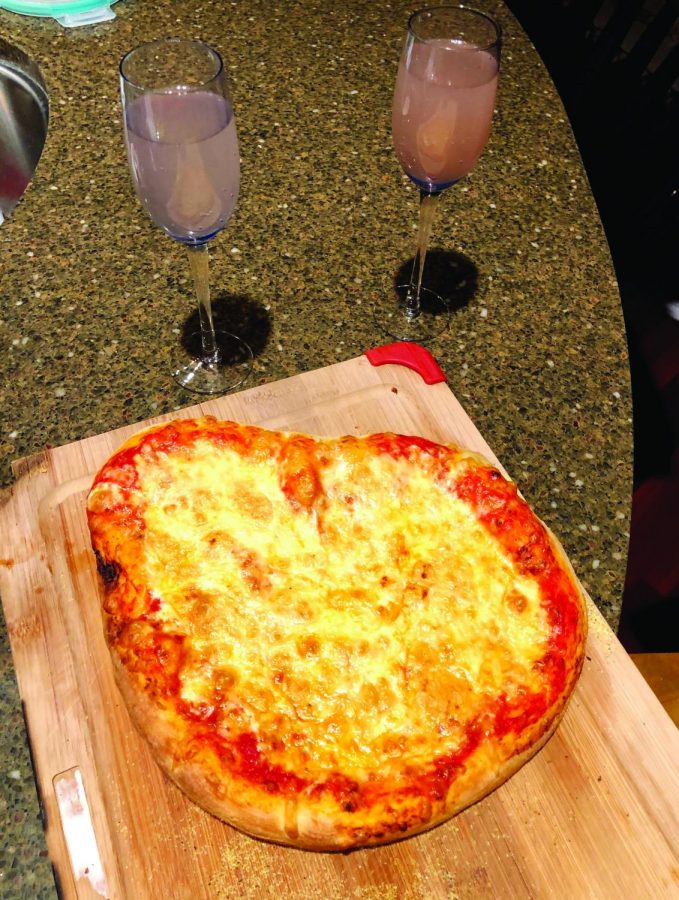 New York style pizza made from the comfort of home.

Last year, my boyfriend and I decided to start a new tradition for New Year’s Eve – making homemade pizzas for dinner. Only, last year, our pizzas were not completely “homemade.” We cheated a bit and bought already-made crusts and just basically piled on sauce and cheese and claimed we made it from scratch.
This year, though, we decided to take our pizza-making game to the next level. I thought about my favorite pizza I’ve ever had, which was a $1 classic cheese slice I got when I visited New York, and I decided I wanted to try to replicate that ever-so-tasty pizza.
My boyfriend and I hopped over to YouTube and found a video by Adam Ragusea about how to make the perfect New York-style pizza. So, we decided to give it a go.
Some of the ingredients for this recipe are very particular for creating a true New York pizza. For example, the cheese must be a whole milk, low-moisture mozzarella, which can be hard to come by. And we could not find the sauce brand he mentioned at any grocery stores, so we had to compromise there.
However, our pizzas turned out absolutely delicious in the end! I thought they were even tastier than some restaurant’s pizzas I have tried in the past! They did not taste exactly like the $1 slice I had in New York, but the flavor was similar. This is the perfect meal to make with your friends and family, for parties, or just for a casual Friday night. I hope you enjoy making and eating it as much as I did!

2 tbsp olive oil, plus more for greasing the dough

5 cups of bread flour, plus more for working the dough

Cornmeal or flour for dusting

Directions
I recommend watching Ragusea’s video tutorial (https://www.youtube.com/watch?v=SDpCzJw2xm4&ab_channel=AdamRagusea), as he shows you step-by-step how to make the pizza. But you can also just follow the recipe below.
Start the dough by combining the water, sugar, and yeast in a large bowl, and let it sit for a few minutes (to activate the yeast). Add the olive oil, salt, and bread flour. Mix until just combined, then start kneading the dough. If the dough is too sticky, add a small amount of extra flour. Continue to knead until you can stretch some of the dough into a thin sheet without it tearing (this will probably take at least 10 minutes).
Divide the dough into four equal balls (this makes enough for four pizza crusts). Lightly coat glass containers and the dough balls with olive oil, then store the balls in the containers. Cover, and let them rise for two hours at room temperatures (if you want to make the dough a few days before, you can also store them in the refrigerator for one to seven days).
When ready to begin baking, put a pizza stone or pizza steel into your oven at the highest possible temperature, ideally on the convection setting, for a full hour.
In the meantime, make the sauce by mixing together all the ingredients. Liberally dust a pizza peel (or another flat object, such as a large plate) with cornmeal or flour. Take the dough and dust it in flour. Stretch it as wide as you can to fit your stone/steel (it does not need to be perfectly round). Top with just enough sauce to lightly coat the surface. Dust the sauce layer with parmesan, then cover with mozzarella. Transfer the pizza to the hot stone/steel and bake until the crust and cheese have browned, about 6-7 minutes.