Performers miss being on stage, just trying to wait out pandemic 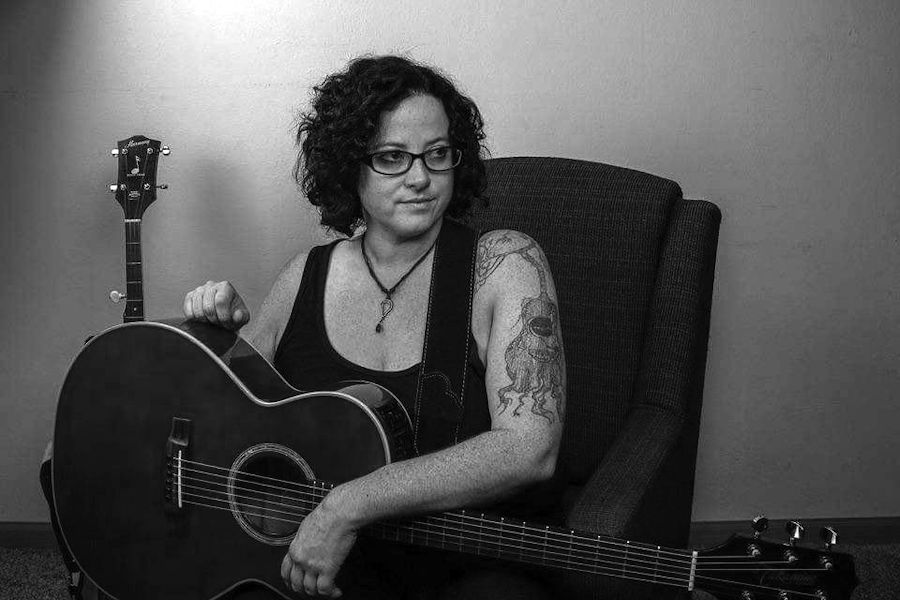 Photo provided to the Clarion

Since Wisconsin’s bars and restaurants closed for in-house dining on March 17, it hasn’t only been bartenders, servers, and cooks who have had to come to terms with increased financial instability. In addition, freelance musicians within the state have lost all of their booked shows until further notice. This has led many to search for new ways to make up for lost income. In contrast, while musicians with day jobs do not see same financial struggle, they’re still using the unexpected time off to grow.

Dana Perry is a longtime staple in Madison’s folk and rock music scenes. Like many others, she has been live streaming on her Facebook page every Saturday in exchange for tips through online transaction services. Facing the loss of a fully booked summer, she notes that streaming is no replacement for the energy of a live crowd. “It helps to visualize the faces of friends around me,” she says, “but the end of the song usually feels a little awkward.”

The pandemic has led some musicians to reassess how (and where) they book shows. Cody James, an Oshkosh born rock, soul, and blues performer, can relate. “I had a pretty heavy schedule that consisted of driving all throughout the Midwest, and that isn’t going to be happening for the foreseeable future,” he says. While James is thankful to have a day job that allows him to receive his regular payments despite not working since late March, he has no plans to slow down on his music career anytime soon. Above all, he misses interacting with the crowd, meeting new people, and “those couple of free beers.” He will say, however, that he doesn’t miss the six to eight-hour drives and lugging his gear around.

Thanks to video chat services, those who rely on teaching music lessons have been largely unaffected. Brian Koenig, who is best known as part of the internationally touring and Madison-based metal band Lords of the Trident, is one such case. Still, with the loss of live shows, he has found himself shifting his short-term goals. Notably, he’s spending more time on developing technique and learning new styles of music.

Despite his more comfortable circumstances, he says, “I feel for my other fellow performers and service industry types who have been struggling for going on two months now.” Still, he’s hopeful, as he believes that if establishments that host live music can recover, demand for live performances will be high.

Through the uncertainty, many musicians are feeling more of a kinship with bar and restaurant staff than ever before. In this spirit, the consensus among performers appears to be that, in the words of Dana Perry, “venues are gonna be kickin’ when we are.”