Check out the newest entry in a classic RPG series 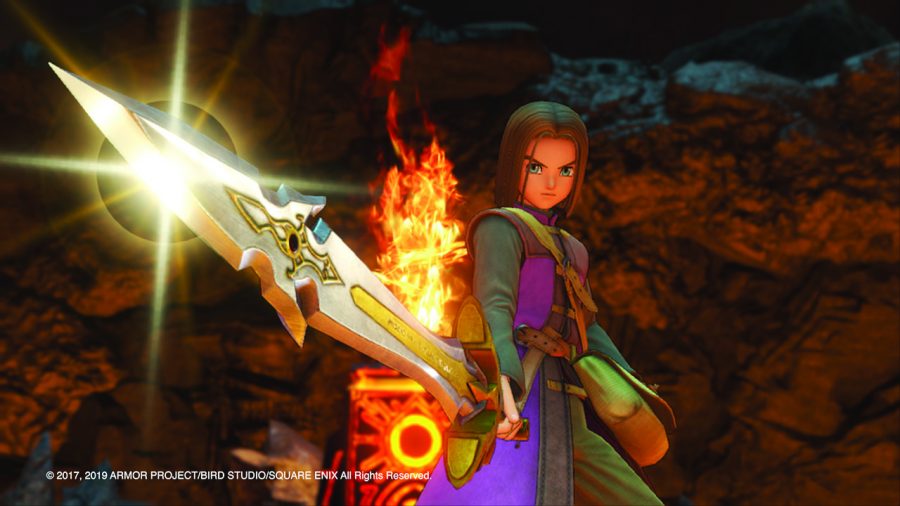 “Dragon Quest XI S” presents itself in a very different manner than most role-playing games because it often aims to increase the player’s mood instead of decreasing the player’s mood. Even in tough times within the narrative, the characters rarely lose hope and remain optimistic that something can be done about whatever situation is presented. This can help give players strong feelings without bringing them down.

In terms of graphics, “Dragon Quest XI S” has colors that are usually light and styles that are often simple. The structure of the gameplay and graphics allows the player to play with the option of either a 3D perspective or a Super Nintendo-style 2D perspective. This perspective selection allows players of a wide age-range to enjoy the experience.

“Dragon Quest XI S” is certainly difficult at times. For those who want especially challenging experiences, Draconian Quest would be something to try. Draconian Quests are difficult; although they can feel a bit unfair sometimes, they may be removed at any time. However, these challenges may only be added when starting a new game.

The combat in “Dragon Quest XI S” is based on the player and enemy characters taking turns using various attacks, spells, and abilities. Combat may require some thinking or getting the right setup for the player’s characters, but special reflexes aren’t required once the battle has begun. This aspect can allow players with slower reflexes to still enjoy the game.

The story of “Dragon Quest XI S” continues through an epilogue after the main portion of the game is complete. Players can ease into continuing to play the game after it is finished. However, completing the story from the beginning to the end of the epilogue can take well over two to three days to accomplish. This span of time may be too much for some players. There is a feature called “The Story So Far” that assists players from one session to the next and reminds them of what was last accomplished. This feature helps players keep track of what is going on.

“Dragon Quest XI S” adheres to a classic Japanese role-playing game formula. Many series of its styles have innovated, but not every change is received well by fans. Since the “Dragon Quest” series stays traditional, parts of “Dragon Quest XI S” may be recognized by players who are new to the genre and may also be enjoyed by those who have known the formula for a long time.