Is ‘Birds of Prey’ worth seeing? 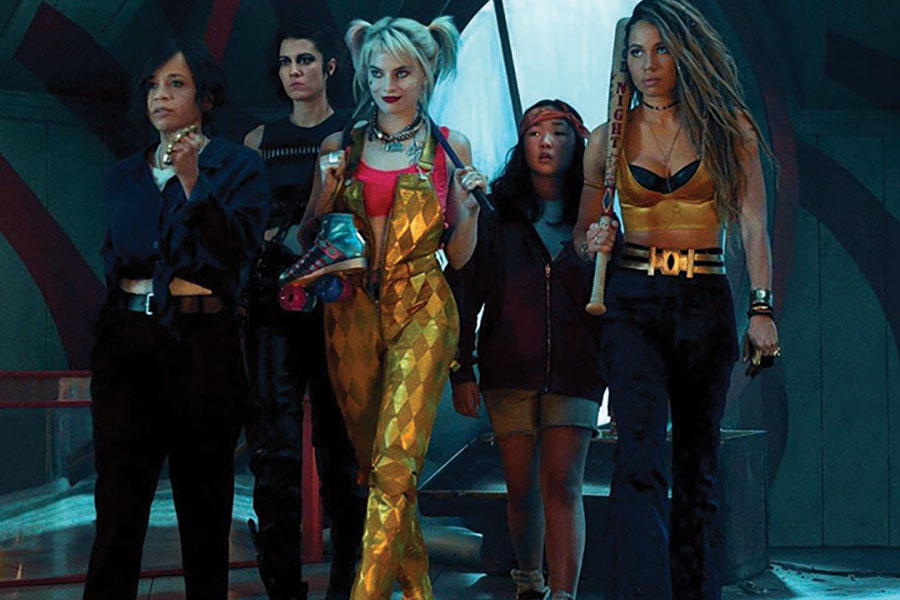 Set to release February 7th, Warner Brother Studio’s new action-comedy, based on the DC universe, promises to be a colorful, chaotic film for all. Birds of Prey features the return of Margot Robbie as Harleen Quinzel (Harley Quinn), and the premier of Mary Elizabeth Winstead as Helena Bertinelli (The Huntress), and Jurnee Smollett-Bell as Dinah Lance (Black Canary). Renee Montoya (Rosie Perez) and Harley Quinn defend a girl named Cassandra from the movie’s villain, Black Mask (Ewan McGregor).

The plot focuses on the defeat of the crime lord Black Mask, as well as Harley Quinn in the events after a previous DC film, “Suicide Squad.” In “Suicide Squad,” Harley ends her abusive relationship with The Joker. In the wake of her new single-status, Harley finds that rather than a line of bachelors, only one man wants her; that is, he wants her dead. Harley recruits a team of skilled individuals who have their own abilities and reasons for wanting Black Mask dead or behind bars.

Birds of Prey, the predominantly female-led film, was written by Christina Hodson. It is also the first superhero film to be directed by an Asian American. Director Cathy Yan is known for having directed several short films such as “Down River,” “According to My Mother,” and “Dead Pigs.” Yan’s affinity for dark comedy bodes well for a film that stars someone as unpredictable and insane as Harley Quinn. The film also stars female powerhouses like The Huntress and Black Canary, women who depict both heroes and villains in the comics.

“It’s a lot of fun,” says Margot Robbie in a Mayhem Mendes interview. “And I think we wanted people to get a taste of what life could be like when you see it from Harley’s point of view and when you watch this film that’s what you’re getting. It’s unpredictable, and it’s out of order, and it’s messy, and it’s funny, and it’s dangerous. It’s absurd.” Margot’s commentary holds more weight when you know that she pitched the idea of a gang movie with Harley Quinn. Margot worked closely with Christina Hodson on the script; she worked with nearly every part of production to see the film through to completion.

It’s worth noting that fans within the shipper community will have already noticed the lack of a fan favorite in the trailers, Poison Ivy. As Harley Quinn’s latest significant other in the comics, it’s understandable why fans—especially members of the LGBTQ+ community—would want to see her make an appearance.

Since Harley’s breakup with The Joker is a recent development in the film’s timeline, Poison Ivy was likely left out not to make her seem like Harley’s rebound. Margot Robbie has stated that “she looks forward to exploring Harley and Ivy’s relationship in the future.” Regardless, “The Birds of Prey and the Fantabulous Emancipation of One Harley Quinn” promises to be a colorful, wild ride from start to finish.