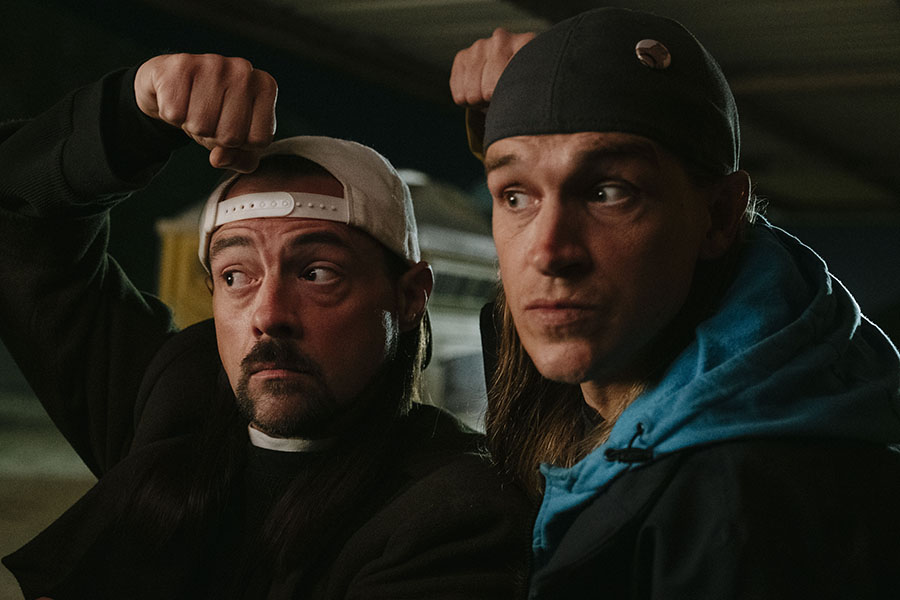 The “Jay and Silent Bob Reboot” features an all-star cast with Matt Damon and Ben Affleck, just to name a few actors.

The film’s cast brings the movie to life with outlandish stoner and nerd humor.

Smith has always had a knack for making movies that nerds, Generation X and fan boys flock to.

The film revolves around a pair of stoners – Jay and Silent Bob – who try to stop a remake of a film based on themselves, The pair of stoners fear such a film will ruin their street rep.

Jay and Silent Bob embark on a cross-country quest in order to prevent what they view as an insult to their name.

The movie is something that a dedicated fan of the “Jay and Silent Bob” universe can enjoy more than a new-comer fan, but it’s still entertaining.

The “Jay and Silent Bob Reboot” is not a movie you would want to take your kids to because of drug jokes and dicey humor. I think some things in the movie would go way over a kid’s head.

The film had me in tears at the nostalgia I felt for a movie I grew up with. To see Jay and Silent Bob as older men and parents made everything come full circle for me.

This is a film made by nerds for nerds. It is a perfect depiction of today’s comic book movie industry. (OK, maybe not perfect, but it is funny.)