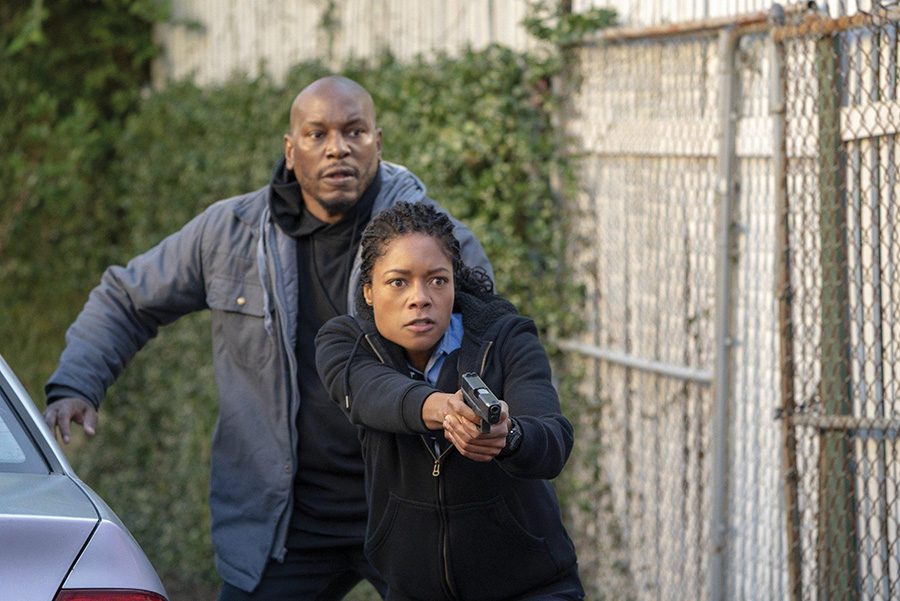 On Thursday, October 24th the premiere of the new movie Black and Blue came out in theaters. If you have not seen the film yet I suggest you do that first, for there will be spoilers.

The new, high action movie follows the intense crises that a new officer of New Orleans police department, Alicia West, has to face.

Officer West is one of the few black female cops on the team, and was previously in the army. Her partner, Kevin Jennings, depicts an ignorant white man with a seemingly good heart.

Officer West ends up working an overnight shift. During her shift, she witnesses a cop killing a young, unarmed man. The dilemma is not only that she witnesses the murder, but captures it all on film.

An interesting conflict in this movie is who your people are and what side of the law you relate with. Either you are a “blue”, or you are in the streets. Regardless of skin color or ethnicity, wearing the blue uniform rejects community membership. Or in the case of Black and Blue, membership in the hood.

After Officer West returns from the army, she doesn’t realize that being “blue” would be such a problem for friends of hers who did not make it out of the hood. When she tries to come back into contact with her friends, they shun her.

This is a conflict because the history between people of color and the police is not very positive. The police brutality rate has become more severe, and the amount of power police hold over communities of color is overwhelming. Why join the police and support their systematic ways if they aren’t looking out for the best interests of the community?

On the other hand, what if you did join them? What if you did try and make a change to better the community? This is the perspective that Officer West looks at. She wants to change the way that the community and the police interact, but one person cannot build trust on their own. Building trust takes open mindedness, training on how to be un-biased, and an integral change of systems that have been in place for hundreds of years.

I think this is a constant battle for people of color in all areas of work, but particularly in the law enforcement field. Throughout the film, Officer West endures a lack of respect from her team, and a lack of trust from her community. Everyone refuses to help her when she tries to evade the bad cops. All people think about is how they cannot involve themselves with the police, no matter the circumstance.

I definitely found it hard to watch her struggle to find a place or a person who was safe for her. I think this is such an interesting and important perspective to watch from, and the film does a great job of making you feel isolated the way West does.

As the intensity rises, Officer West comes across an old friend of hers and forces him to help her. His name is Milo Jackson, but his nickname is ‘Mouse’. I believe the casting director was going for the stereotypical ‘big scary black guy’, but of course he was the one to be West’s new right-hand man.

One scene in particular that I think the director of the film captures so well is when Mouse calls for the police because he hears noises in the back of the store. The police arrive and immediately interrogate him, as if he was the criminal.

This alone is an explanation as to why the black community feels fear towards police involvement. As the officer continues to interrogate Mouse, the situation escalates. He puts Mouse in handcuffs, and pulls out his gun. He even begins to threaten Mouse and belittles him. He says “no one would even care if I blew your brains out.”

In the end they let Mouse go because he has no warrant out for his arrest. I think this was by far the most powerful part of the movie. You see the power difference that police hold in comparison to other members of the community, specifically black people. You see the trauma in Mouse’s eyes of having his life on the line, and you see the bias that the police hold regardless of who made the phone call.

Mouse was in tears in this moment, and I think something really important here to take away is the fact that he feels like his masculinity and power have been taken away. Men have the stigma of strong, brave, and to never let anyone punk you. What can a black man do when a police officer is holding a gun to his head? This is where the anger arises in the black community. In the places where we feel we can take our power back, we do it with full force.

Not only does Black and Blue talk about the disconnect of civilians and police, the storyline is about how the two are connected as well. It is the modern and dramatized film of war on drugs.

There is so much to discuss about this film, but I think the main idea is that the abuse of power between people of color and the police is real. Young black men have their lives stolen because of the color of their skin; the police have so much power that they abuse it, and there are only a few people who are brave enough to do the right thing, even when it seems like everyone is against you.

Overall this film broke so many barriers. This was one the first films with a black woman as the protagonist who isn’t looking for romance. This film unapologetically calls out the abuse of power that police continually use. The best perk of the film is that it was directed by a black man, Deon Taylor.

I love that more films these days are being produced by black people. This gives us a more authentic perspective into the black community and the black experience. The movie did a great job with music choice and frame work. You can feel almost every emotion that the characters in the scene were feeling.

I look forward to seeing black excellence grow throughout the movie industry, and seeing true representation of black people and black culture. ‘Black and Blue’ is the first of many more to come, and I hope everyone enjoys it as much as I did.