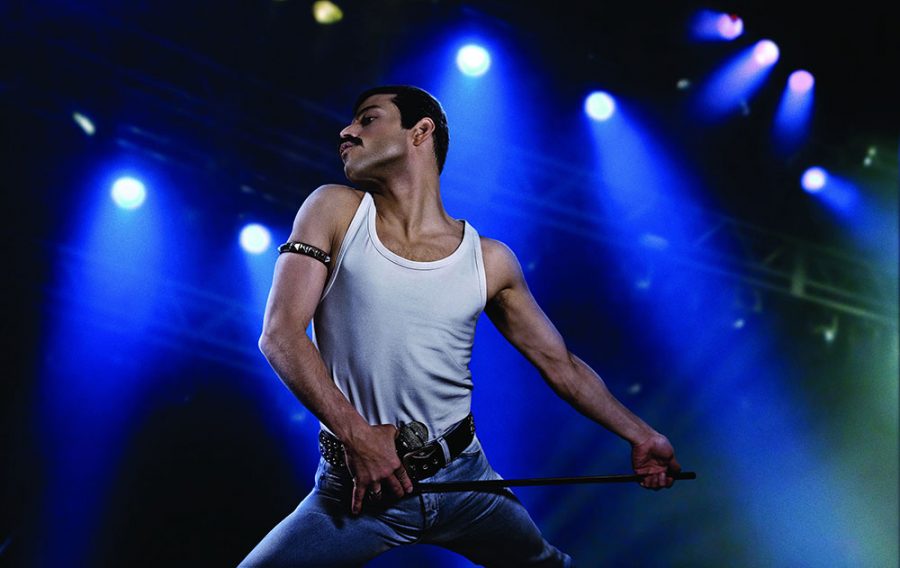 Released in theaters in time for the 27th anniversary of Queen singer Freddie Mercury’s passing, “Bohemian Rhapsody” is a cinematic tribute based on the formation of the band and Mercury’s life from the beginning of his musical career to its conclusion.

“Bohemian Rhapsody” plays out in similar fashion to many other biographical flicks based around musical legends. However, Rami Malek puts in an Oscar-worthy performance in his portrayal of Freddie Mercury throughout the film, giving the movie that extra spectacle that draws you in and keeps you enthralled to the conclusion. Every other actor also put thier all into their roles—from those portraying the other three Queen band members, Freddie’s family and others the band associated with over their career.

Fans of Queen’s musical will be delighted by the soundtrack played throughout the film, as well as how each track is incorporated into the movie. Enjoyment was also found in the portrayal of the music production process as the film progresses, along with the musical performances sprinkled throughout.

“Bohemian Rhapsody” humanizes one of the biggest musical legends of our time, while providing a decent tribute to Freddie Mercury. It might not be some huge, spectacular experience like most cinematic experiences in recent years, but it is a satisfying romp for Queen fans and casual viewers alike.