A new take on ‘Romeo and Juliet’ 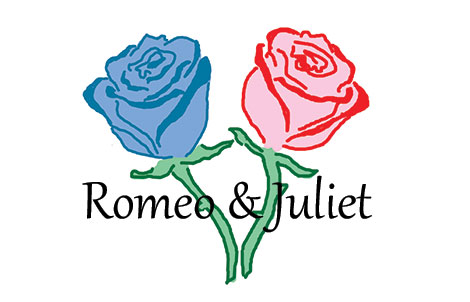 We’ve all heard the story; star crossed lovers, society’s effects on young love, and the loss of life in the name of love.  The words of Shakespeare’s Romeo and Juliet have been captured in many different forms, from the stage to film, modern takes and West Side Story’s musical interpretation.  But this semester, Madison College’s Performing Arts hopes to take a fresh take on the classic piece.

When the student based Performing Arts Leadership board presented the idea of the show as well as casting age appropriately from the community back in Oct., 2014 the faculty were hesitant to take on such a big production as well as allowing the community to take away opportunities for students. But with a little convincing from the students involved, they agreed to pursue the project.

“The merits that we saw of it were (that) it’s got a lot of roles, a lot of opportunities, it’s an accessible Shakespeare show and we do want to expose students to the classic works,” said Director Miranda Hawk.

Although, like in typical casting for this show, the plan was to cast older community members as the older characters and cast students in the few younger main roles, but when it came to auditions, there weren’t enough older auditions to fill the roles needed.  Instead, two high school students presented a new idea.

By showing this story from the perspective of actual 14-year-olds, Hawk explains that we are to see what it’s really like for someone so young to be going through these trying situations.

“The production concept and the story I believe Shakespeare is telling in this play is that this is about 14-year-olds, two 14-year-olds who end up making mortal decisions, devastating decisions, based on the chaos and the resentments and the rage of generations around them,” said Hawk.  “And I’ve always wanted to emphasize that impact on young people.  I think that’s an important story to tell. I think its relevant today as it was back in Shakespeare’s time.”

“We’re not talking about, you know, a 25-year-old experiencing first love, which is one thing and we can all relate to it, but to actually see a 14-year-old, 15-year-old talking about first love, I mean it hits home in another way,” said Ridge.  “You know, it’s like ‘Oh you don’t really know what you’re talking about.’  And that, I think, just that adds a whole other level of tension to the play when they start taking their life plans in hand and deciding to take poison, deciding to run away, deciding to get married.  Suddenly it’s really in your face, like that is such a bad idea!”

Of the 21 students who auditioned, 18 were cast and one will be helping out back stage.  Hawk also plans on reducing the title roles a bit and placing more emphasis on the contributions of the older, student-cast, characters.