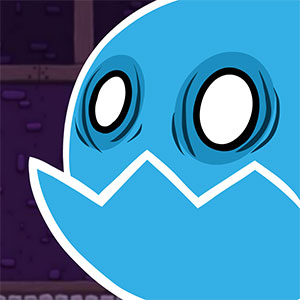 Anyone acquainted with mobile word games knows the choler of a “friend” (could be an actual friend, it could be a complete stranger) playing the word “haji” for 85 points in the popular game app, “Words with Friends.” Bacon Bandit Games’ “SpellQuest: Grimm’s Journey” gives hornswoggled and sesquipedalian showoff victims a chance to linguistically scythe out their vexations on monsters.

Although the game is extremely brief – beatable within five hours or so – it is addictive and nearly impossible to put down. Your task is to defeat random foes by exploiting their weaknesses, fashioning words that equate to damage to their health. For example, some enemies are especially susceptible to repeating letters and lengthier words. Defeating enemies and fulfilling accomplishments allow Grimm to acquire gems. With these gems, Grimm can increase additional gem availability as well as upgrade his health, attack and effectiveness of purchased potions (which increase player health or attack effectiveness). Additionally, up to three spell books can be equipped that provide additional points based on your playing style preferences.

The gems can be purchased in-game but it is not advised. We have all played games that basically require you to buy currency of the game but this is not one of them. If you find yourself overmatched, simply return to previous levels and collect more stars and gems: just don’t forget to spend them wisely. The second stars of each level require players to beat time trials, while the third implement rules unique to the level. There are 99 total stars to earn and 50 quests ranging from arduous tasks such as coming up with a three-letter word that starts with a vowel and also has two letters that come from corner spots on the board, to unspectacular feats like throwing a futile attack on purpose.

This game doesn’t require players to be wordsmiths, however. Those suffering from ippopotomonstrosesquipedaliophobia – fear of long words – needn’t fret, however. Well crafted four letter words usually suffice, and are occasionally required to vanquish the opposition. I fell under the game’s incantations shortly after beginning Grimm’s journey and was barely able to set my tablet down until I mastered it.